In history books, the islands of the eastern Caribbean, the Lesser Antilles, are described as small isolated societies controlled by European colonial powers. But the many small islands were in fact deeply dependent on each other. Enslaved Africans, free people of color, and Europeans depended on and gained vital resources from crossing the short sea routes to their neighbors. The new research project In the Same Sea will study the interconnections between the islands in the period 1650-1850. The project is supported by the European Research Council with EUR 2 million.

The Lesser Antilles, which include the islands of Guadeloupe, Antigua, Curaçao and the former Danish colonies St. Croix, St. Thomas and St. John, were crucial for sugar production and slave trade conducted by European colonial powers. Previously, historians have mostly studied these islands as isolated units and believed that the islanders' primary connections to the outside world were either to various African homelands or different European metropolitan powers. With this perspective Guadeloupe, for example, was studied as primarily related to France and the French forts in West Africa from which enslaved Africans were shipped to the island.

However, according to historian Gunvor Simonsen who will lead the new research project In the Same Sea: The Lesser Antilles as a Common World of Slavery and Freedom, this is a misunderstanding:

"It is important to understand that these very small islands had limited resources, both natural and human. In other words, they were very vulnerable and in a sense unstainable island communities. They were, therefore, deeply dependent on being able to draw on the resources of the other islands in the Lesser Antilles. She adds:

"If the people living on the islands - and this applies both to the white elite, enslaved Africans, free people of color, and Kalinagos - needed to raise capital, find a new spouse, get fresh water or fresh fruits and vegetables, they often had to find it on one of the other islands."

"It is, for example, important to realize that the white elite discovered that it was a good idea to diversify their activities over several islands in order to minimise the risk that their entire fortune could be lost if one of the frequent hurricanes hit their island. But the same was in a sense true of the enslaved people who sometimes escaped to family on other islands if the conditions became too harsh on their island. Traffic between the islands took place at all levels," Gunvor Simonsen explains.

"The Lesser Antilles were colonised by no less than six European colonial powers, the English, French, Dutch, Spanish, Swedish and Danish. This is why we will collaborate with leading scholars who have studied the history of the Lesser Antilles, and together we will devise a strategy for the intensive archival research that we will be conducting during the coming five years. We will also need to identify and gain access to the many digital archives that exist," Gunvor Simonsen says and concludes:

"As our research results begin to take shape, we intend to produce historical maps that illustrate the many types of connections between the islands. For example, one could imagine a map outlining the runaway routes that the British abolition of slavery in 1833 generated. Did British abolition mean that enslaved people from the other colonial territories tried to escape to the British colonies? And if they did not flee, did that mean that the freedom they could gain in the British territories had to be weighed against other needs?" 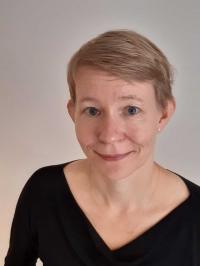