DALLAS - Oct. 12, 2020 - By far, the most common injuries seen in emergency rooms in the United States are those affecting extremities. Immobilization is the most common treatment, and yet, until recently, it was unknown exactly why this technique worked to advance healing.

In a study published recently in the Journal of Clinical Investigation, Benjamin Levi, M.D., now associate professor of surgery and plastic surgery at UT Southwestern, discovered the mechanism by which immobilization alters an injured extremity and the cells in the injured area. This finding could eventually help doctors optimize healing in patients with extremity injuries.

Levi and his team at the University of Michigan, where he worked before joining UT Southwestern, found that immobilizing extremities by casting or splinting after injury alters the way stem cells interact with their extracellular environment, switching their fate from becoming debilitating bone to benign fat.

Up to now, it's been unclear why some wounds heal abnormally, often with detrimental consequences, adds Levi, who holds additional appointments in the Charles and Jane Pak Center for Mineral Metabolism and Clinical Research and the Children's Medical Center Research Institute at UT Southwestern. For example, he explains, he often sees patients in his practice who have developed a condition called heterotopic ossification (HO) in which bone grows in nonskeletal tissues such as muscles and tendons after injuries. Levi and his colleagues noticed that HO occurred more frequently at joints, areas that have more mechanical strain after injuries or surgeries - but the mechanism behind this phenomenon was unknown.

To help clarify this issue, Levi and his colleagues worked with a mouse model of HO. Affected mice were either fitted with immobilizers - which acted like tiny casts to keep their joints stable - exercised on a treadmill, or were given range-of-motion exercises similar to what many human patients receive after joint surgery. The mice that exercised or received range-of-motion exercises developed HO - but the immobilized animals did not. Rather, the immobilized animals developed bubbles of fat within the affected areas instead of bone.

Delving deeper, the researchers harvested mesenchymal stem cells (MSCs) - cell types that play a key role in healing- from the site. When the researchers examined which genes were active in these cells, they found increased expression in molecular pathways relating to how the cells attach to surfaces and interact with the extracellular matrix, a network of proteins and other molecules outside cells that nurture them and provide physical support. Genetic manipulation or use of small molecules to inactivate these molecular pathways stifled HO from developing in the mobilized mice.

Examining the extracellular matrix, Levi and his colleagues found that collagen fibers in the active animals tended to align themselves in orderly rows, a pattern that allowed the MSCs to stretch along the fibers. In contrast, collagen fibers in the immobilized animals had a more random pattern, restricting the MSC stretch, keeping them compact.

It's these differences in the extracellular environment that seem to put MSCs on a bone or fat trajectory, Levi explains. When the researchers placed MSCs on aligned collagen in lab dishes, they eventually morphed into bone cells. Placing them on unaligned collagen encouraged them to grow into fat. Gene activation patterns in both groups of cells confirmed increased expression of bone or fat genes, depending on whether they grew on aligned or unaligned collagen matrices, respectively.

"The take-home message is that when we immobilize joints, we are changing the entire environment of a wound on both the tissue level and the cellular level," Levi says. "We could harness this knowledge to aid in healing, either by altering our mobilization protocols or targeting specific genes that affect how cells interact with the extracellular matrix using small molecules that are already in clinical pipelines."

These findings are already making a difference in clinical care, he adds. Although physicians have long aimed to get burn patients' joints mobile as soon as possible, burn centers now use significantly less aggressive protocols to lower patients' chances of developing HO. The amount of mobility during the first week after injury is now adjusted, which has been shown to decrease the likelihood of developing HO and limit stiffness.

Although the initial research for this study was not conducted at UT Southwestern, the next stage of this investigation is currently in the works at Levi's UTSW lab.

This study was supported by funding from the National Institutes of Health/National Institute of Arthritis and Musculoskeletal and Skin Diseases NIH1R01AR071379, an American College of Surgeons Clowes Award, and NIAMS Award Number P30 AR069620.

Levi, who joined the UTSW faculty recently as chief of the division of general and acute care surgery, holds the Dr. Lee Hudson-Robert R. Penn Chair in Surgery. 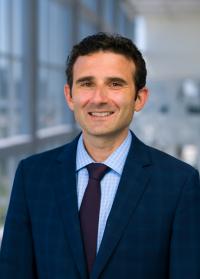