Monterey Bay, CA, August 16, 2012—A sleek, unmanned Wave Glider robot has been deployed off the US coast near San Francisco -- the latest addition to an arsenal of ocean observing technologies revealing in real time the mysterious travels of great white sharks and other magnificent marine creatures.

The self-propelled wave and solar-powered glider is part of a new network of data receivers on fixed buoys that will pick up signals from acoustic tags on animals passing within 1,000 feet and transmit the data to a research team on shore, led by Stanford University Marine Sciences Prof. Barbara Block.

The long-lasting, relatively inexpensive acoustic tags and the local array of both fixed and mobile ocean transmitters will fine tune 12 years of insights gleaned from satellite-connected tags used to follow thousands of animals throughout their entire Pacific journeys.

Dr. Block and her team are on a mission to create a "wired ocean" where live feeds of predator movements are relayed by a series of "ocean WiFi hotspots" on moored buoys and self-propelled Wave Gliders carrying acoustic receivers.

The technology is central to Dr. Block's "Blue Serengeti Initiative," which builds on the Tagging of Pacific Predators (TOPP) project, part of the international Census of Marine Life (2000-2010).

"Our goal is to use revolutionary technology that increases our capacity to observe our oceans and census populations, improve fisheries management models, and monitor animal responses to climate change," says Dr. Block.

The bright yellow, seven-foot long Wave Glider and fixed buoys will transmit data this summer and fall from animals off the California coast near San Francisco, between Monterey Bay and Tomales Point. In time Dr. Block hopes to extend this ocean observing network down the entire west coast of North America, tracking animals that range in size from salmon smolts to large ocean going predators such as white, mako and salmon sharks.

Says Dan Basta, Director of the Office of National Marine Sanctuaries, part of the National Oceanic and Atmospheric Administration's National Ocean Service: "Animals may tell us more about how the world works and is changing then any other source of knowledge."

Importantly, the public can now follow the tracking of animals in real time on a smartphone and tablet computer app.

"Shark Net," a new iOS app available free of charge at the Apple app store, was created by Dr. Block and her colleagues with developers from TOPP, EarthNC and Gaia GPS to enable a direct, personal connection between the public and wild marine animals and to raise public awareness of the ocean wilderness teeming with life just off North America's West Coast.

The TOPP project was a collaboration among 75 scientists from five nations, who utilized an array of electronic tags to follow the migrations of more than 4,300 individual animals, including sharks, tunas, whales, seals, seabirds and turtles. After a decade of research, and more than 300,000 days of animal tracking data, the TOPP team demonstrated that the West Coast of North America is an important hotspot for animals ranging throughout the Pacific – aggregating predators as diverse as bluefin tunas, white and mako sharks, sooty shearwaters and leatherback sea turtles, elephant seals and blue whales on a seasonal basis that reaches a peak in later summer and early fall.

Using these findings, the team is wiring up the hot spots, strategically deploying acoustic detection buoys in key locations where they know white sharks tend to congregate during the time they spend close to shore. The app receives detection data from these buoys, and will notify users when a white shark passes within 1,000 feet or so of the listening device.

With highly customizable interactive maps, users are able to explore the regions inhabited by the northern California white sharks, complete with listening buoys and wave gliders, which are tracked in real time. From the map the user can click to a media-rich gallery view, with photos, videos, historical tracking data and 3D interactive models. These models include buoys and Wave Gliders, as well as photo-realistic sharks complete with unique markings and fin shapes that the researchers use to recognize individuals in the wild. The sharks and their stories are featured on the show "Great White Highway" this Thursday night at 9 pm on the US Discovery Channel's Shark Week.

The app and the technology behind it was funded in part by a $104,000 Rolex Award for Enterprise given to Dr. Block earlier this year. Additional support was provided by Discovery Communications, the Expo '90 Foundation's Cosmos Prize and Liquid Robotics. Dr. Block also partnered with the Monterey Bay Aquarium, the Monterey Bay Aquarium Research Institute, and Vemco in Canada.

"My mission is to protect ocean biodiversity and the open sea," says Dr. Block, the Charles and Elizabeth Prothro Professor in Marine Sciences, Biology at Stanford.

Says Dr. Randall Kochevar, one of the Stanford University developers of the app: "People realize this is important, but it's hard for them to connect on a visceral, personal level to the incredible biodiversity in their own backyard. Through this app, we're able to put the Blue Serengeti right in their hands. They can follow individual sharks and learn about their lives and feeding habits."

Dr. Block hopes the project -- involving science, technology, the documentary, and an iPad, iPhone app -- will help create a better understanding of the California ocean ecosystems and the personal connections and awareness required to protect sharks, tunas and turtles swimming close by.

She's also working on a plan to obtain United Nations World Heritage Site designation for regions of the California current—which Dr. Block likens in importance to the vast African Serengeti plains because of its vital diversity and abundance of life.

"This place is one of the last wild places left on Earth" she says.

"Barbara Block's work is essential in educating the public about the magnificent predators that live in the oceans," says Rebecca Irvin, director of Rolex Philanthropy. "She was selected for a Rolex Award for Enterprise because her use of technology is at the forefront of marine conservation. We are delighted that she is using part of her Rolex Award to allow greater understanding of marine biodiversity. We hope that her public awareness campaign will ultimately lead to the California Current being named a World Heritage Site."

The Awards for Enterprise and the Mentor and Protégé Arts Initiative are Rolex's two flagship philanthropic programmes. Initiated in 1976 to commemorate the 50th anniversary of the Rolex Oyster, the Rolex Awards fund new and ongoing projects that address pressing needs around the world and advance human knowledge and well-being. The Mentor and Protégé Arts Initiative has, since 2002, paired master artists with emerging talents in six disciplines for a year of one-to-one collaboration. 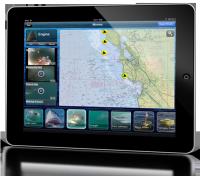