In one of the videos being recognized this week by the 2010 International Science and Engineering Visualization Challenge, 3000 pieces of trash from Seattle, Washington are tagged with sensors and tracked on a map to many destinations throughout the United States. Through its striking imagery, the video raises citizens' awareness of trash's impact on the environment.

"Our project aims to reveal the disposal process of our everyday objects, as well as to highlight potential inefficiencies in today's recycling and sanitation systems," said Carlo Ratti, director of the "Trash Track" video project from SENSEable City Lab at MIT. "It was fascinating to see this invisible infrastructure unfold," added Dietmar Offenhuber, the project's team leader. "The extent and the complexity of the network of waste trajectories were quite unexpected."

The Visualization Challenge is sponsored jointly by the journal Science, which is published by AAAS, the nonprofit international science society, and the U.S. National Science Foundation (NSF). The awardees engage people worldwide and convey science close up in novel and visually stimulating ways.

Among other winners this year are a photograph in which molecules ripple like water on a surface of gold, a 3D illustration of the human immunodeficiency virus (HIV), and a poster on the basics of fungi.

Trash Track takes the viewer on a journey and makes the science accessible. "The project could be considered the urban equivalent of nuclear medicine -- when a tracer is injected and followed through the human body," said Ratti.

"Trash Track represents a new opportunity faced by citizens today for engaging with urban systems," said Assaf Biderman, associate director of the project. "It is a bottom-up process in which pervasive technologies allow individuals to monitor and describe their environment, while gaining insight into the impact of their own actions."

The video and other winning entries communicate science in a format that immediately draws you into the subject matter. "The entries were exceptional and they communicated science in a way that the public can understand and appreciate," said Monica M. Bradford, executive editor of the journal Science. "The international competition highlights the innovation and technical expertise of scientists who are able to visually attract a wide audience and engage them to experience the complex nature and beauty of science."

Currently in its eighth year, the international competition honors recipients who use visual media to promote understanding of scientific research. The criteria for judging the entries included visual impact, effective communication, freshness and originality.

Images of vastly different types of fungi depict an educational poster that won first place in the Informational Graphics category. "Fungi is a very complex subject,"said Kandis Elliot, senior artist in the Department of Botany at the University of Wisconsin-Madison. "It's not just about mushrooms anymore," she stated, adding that it is now being used to make natural fuels, our medicine and many other things. The poster features fungi specimens, ranging from cheese, beer, bread, and a white fungus that causes white-nose disease and death in hibernating bats.

Featured on the cover of the 18 February issue of the journal Science, "Rough Waters," a first-place winning entry in the Photography category, is a micrograph that depicts a single layer of molecules on a gold surface as ripples. "The layer is actually comprised of two different molecules that tend to separate something like oil and water, and in this image we've captured what that separation looks like at a very early stage," said Seth B. Darling, who collaborated with Steven J. Sibener from Argonne National Laboratory on the award-winning photograph.

"Perhaps a bigger impact comes from the promise of tailoring surface properties by combining apposite molecular constituents," added Darling. "Chemical patterning of surfaces is useful for applications ranging from electronics to biotechnology, and mixed self assembled monolayers are an exciting pathway to surfaces that pattern themselves."

Ivan Konstantinov and his team's winning illustration depict the most highly detailed 3D structural model of the human immunodeficiency virus (HIV) ever made. "We consider such 3D models as a new way to present and promote scientific data about ubiquitous human viruses," said Konstantinov, a first-place winner in the Illustrations category from Russia. They attempted to show the viral particle as close to the real version as possible, he added, and tried to get a correct depiction of the environment so that scientists may also be interested in the graphical representation of the known data.

"While working on the HIV model, over 100 articles from leading scientific journals were analyzed," he said. "For this project, Dr. Yegor Voronin from the Global HIV Vaccine Enterprise helped us evaluate the data, shared recent findings and views in the field, and provided general advice." Konstantinov and his team added that it is a good tool to image scientific data in a comprehensible and interesting manner and may have applications for the Web and mobile platforms, such as iPad.

Other winning entries showcase a 3D illustration of an enterobacteria phage T4 virus attacking a bacterium that has alien-like, spindly legs; a colorful gene association network, similar to a social network like Facebook, of the Arabidopsis thaliana mustard plant built from over 50 million experimental observations and model organisms; the close-up view of the hairs on the surface of the seed of the common tomato, Solanum lycopersicum; a video showcasing the importance of Einstein's theory of relativity and how it is applied to GPS, a common navigational tool, to achieve phenomenal accuracy; a neuroscience video that brings to life data on how the brain works; a computer-based simulation of a dramatic dance between interacting spiral galaxies, triggering a binary quasar, over 4 billion light-years away; a novel earthquake simulation to figure out how seismic waves flow; and more.

The 18 February 2011 issue of Science will feature the winning entries, which will also be available to the public without registration, at www.sciencemag.org/special/vis2010/ and the NSF's website at http://www.nsf.gov/news/scivis/.

The 2010 winning entries are included in the following four categories:

Honorable Mention:
Peter Crnokrak; The Luxury of Protest
Everyone Ever in the World
http://theluxuryofprotest.com/Everyone_Ever_in_the_World.html

Thomas J. Cox; Observatories of the Carnegie Institution
A Binary Quasar Caught in the Act of Merging
http://users.obs.carnegiescience.edu/tcox/movies/binaryqso_nsf_video_contest.mov

Further information about the 2010 International Science and Engineering Visualization Challenge is available at http://www.nsf.gov/news/scivis/. Please contact Tarri Joyner at +1-703-292-7742 (phone) or tjoyner@nsf.gov (email).

The American Association for the Advancement of Science (AAAS) is the world's largest general scientific society and publisher of the journal, Science (www.sciencemag.org), Science Signaling(www.sciencesignaling.org), and Science Translational Medicine (www.sciencetranslationalmedicine.org). AAAS was founded in 1848, and serves 262 affiliated societies and academies of science, reaching 10 million individuals. Science has the largest paid circulation of any peer-reviewed general science journal in the world, with an estimated total readership of 1 million. The nonprofit AAAS (www.aaas.org) is open to all and fulfills its mission to "advance science and serve society" through initiatives in science policy; international programs; science education; and more. For the latest research news, log onto EurekAlert!, www.eurekalert.org, the premier science-news Web site, a service of AAAS. 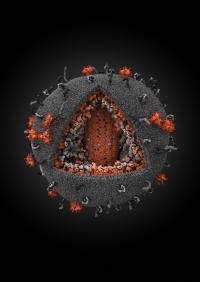 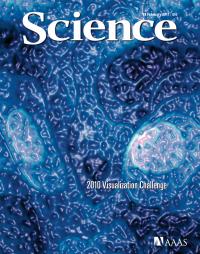