What's possible when a group of scientists are inspired by a famous superhero and a giant creature from the sea? How about a new technology for stopping drivers in their tracks?

Fleeing drivers are a common problem for law enforcement. They just won't stop unless persuaded—persuaded by bullets, barriers, spikes, or snares. Each option is risky business.

Shooting up a fugitive's car is one possibility. But what if children or hostages are in it? Lay down barriers, and the driver might swerve into a school bus. Spike his tires, and he might fishtail into a van—if the spikes stop him at all. Existing traps, made from elastic, may halt a Hyundai, but they're no match for a Hummer. In addition, officers put themselves at risk of being run down while setting up the traps.

But what if an officer could lay down a road trap in seconds, then activate it from a nearby hiding place? What if—like sea monsters of ancient lore—the trap could reach up from below to ensnare anything from a MINI Cooper to a Ford Expedition? What if this trap were as small as a spare tire, as light as a tire jack, and cost under a grand?

Thanks to imaginative design and engineering funded by the Small Business Innovation Research (SBIR) Office of the U. S. Department of Homeland Security's Science and Technology Directorate (S&T), such a trap may be possible by 2010. It's called the Safe Quick Undercarriage Immobilization Device, or SQUID. When closed, the current prototype resembles a cheese wheel full of holes. When open (deployed), it becomes a mass of tentacles entangling the axles. By stopping the axles instead of the wheels, SQUID may change how fleeing drivers are, quite literally, caught.

"SQUID was inspired by a sea creature and a superhero," says ESA president Martín Martínez. Like its oceanic namesake, SQUID ensnares its prey with sticky tendrils. Like Spiderman's webbing, these tendrils stretch to absorb the kinetic energy of their fleeing target.

Huge amounts of such counterforce are necessary to stop a heavy, swift vehicle: Think Spiderman II, where Spidey stretched his webbing for blocks to halt a runaway passenger train. The force nearly killed him. Martínez took a different approach that would have made Spidey proud: Don't fight the Force; just stop the axles from turning. Do that and you can stop (almost) anything with wheels.

Can it really work? Martínez and DHS think so. In testing, a SQUID prototype safely stopped a 35 mph pickup truck (see video). That's a good start, but before SQUID can be marketed, law enforcement officers need proof that it has the fiber to stop a 5,000-pound vehicle—about the heft of a Ford F-150 pickup—speeding at 120 miles per hour.

Beyond performance, SQUID will need to satisfy other demands of law enforcement.

"We must make it lighter," says Mark Kaczmarek, the S&T SQUID program manager. "Also, more affordable, so it becomes the stopper of choice, regardless of budget." Finally, SQUID must be rugged, reliable, and capable of being reloaded. These goals will be pursued in 2009, as ESA teams with Pacific Scientific Energetic Materials Corporation (PSEMC) of Chandler, Arizona.

Meanwhile, the spidery disc has lured the interest of state and local police as well as federal agencies such as Customs and Border Protection (CBP) and Immigration and Customs Enforcement (ICE). In response to concerns about whether criminals will see the disc, SQUID may be reborn as a centipede—that happens to look like a speed bump.

Martínez and Kaczmarek hope their spidery cephalopod will spawn a generation of offspring—in this case, a family of nonlethal stopping devices for land, sea, and air…all based on the same sticky principle, less is more.

"If bad guys need 'inspiration' to comply," says a smiling Martínez, "we'll be glad to inspire them."

SQUID: The long (and sticky) arms of the law 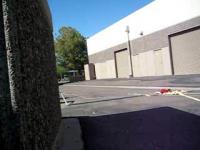 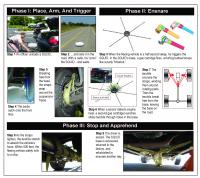