55 trillion kilograms: that's how much carbon could be released into the atmosphere from the soil by mid-century if climate change isn't stopped. And all in the form of greenhouse gases such as CO2 and methane. Tom Crowther (NIOO-KNAW) and his team are publishing the results of a worldwide study into the effects of climate change on the soil in the issue of Nature that comes out on 1 December.

For decades, scientists have speculated that rising global temperatures might affect the huge amount of carbon stored in the soil. Carbon is one of the building blocks of life, and nowhere on land are larger carbon stocks to be found than in the soil.

Thousands of studies worldwide have produced mixed signals on whether the soil's storage capacity will decrease as the planet warms, or perhaps even increase.

A new, worldwide study led by researcher Tom Crowther (Netherlands Institute of Ecology NIOO-KNAW, formerly of Yale University) finally answers that question: "The effect will be roughly equivalent to adding another industrialized country to the planet, the size of the United States."

"If climate change isn't stopped, an additional 55 trillion kilograms of carbon will be released into the atmosphere by the year 2050", says Crowther. It will be released in the form of CO2 or methane: greenhouse gases, speeding up what would otherwise have been a natural process.

"It's about 17 percent more than the projected emissions due to human-related activities during that period", says Crowther. And those greenhouse gases could further accelerate global warming, which would have even more of an impact on the soil: a full-fledged domino effect.

So why was this not obvious all along? Because researchers were looking in the wrong places, argues Crowther. "With data from more than 40 institutes around the world, covering 20 years, our scope is now finally worldwide."

Despite his young age, the lead author has built-up an impressive amount of experience working with such big data. This year, he's already published comparable studies in Science, PNAS and Nature Climate Change.

Coming in from the cold

One area that is conspicuous by its absence from most earlier studies is the (sub)arctic. "Yet at high latitudes is where the largest carbon stocks are, and where the impact of climate change will be the greatest."

The release of those stocks - built up over thousands of years - will be accelerated by climate change because it stimulates soil life. Micro-organisms in the soil, in particular, will become more active.

Factors that could slow down this process, or speed it up even further, should also be considered. With more CO2 in the atmosphere, for instance, plant growth will also be accelerated. That's why the international researchers have reserved a margin for the extra emissions: between 12% and 17%.

But whatever the exact amount will turn out to be, one thing is clear, believes Crowther: it's going to be substantial.

"Now that this longstanding scientific query has been answered at last, we should adjust international climate models accordingly, and do this as quickly as possible. The same goes for policy."

Loss of soil carbon due to climate change will be 'huge' 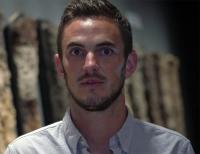