CHAMPAIGN, Ill. -- People with specific brain attributes are more likely than others to benefit from targeted cognitive interventions designed to enhance fluid intelligence, scientists report in a new study. Fluid intelligence is a measure of one's ability to adapt to new situations and solve never-before-seen problems.

Reported in the journal Trends in Neuroscience and Education, the study is the first to link the size of specific brain structures to a person's response to interventions, the researchers said. The work also identifies brain regions that appear to play a more central role in supporting fluid intelligence than was previously understood.

The study included 424 people, all of whom scored within the normal range on tests of intelligence. Participants were randomly assigned to one of three intervention groups or an active control group. One intervention involved aerobic exercise; another combined exercise and cognitive training; and a third consisted of mindfulness training, exercise and cognitive training. People in the active control group engaged in visual search tasks over the course of the 16-week study.

At the beginning and end of the study, the scientists tested participants' fluid intelligence, the ability to solve unfamiliar tests of logic and spatial reasoning. A subset of randomly selected participants also underwent MRI brain imaging.

The researchers used scientifically validated methods to determine the relative volumes of several brain structures that previous studies have implicated in fluid intelligence.

Their analyses revealed that some individuals in each intervention group did better than others on tests of fluid intelligence at the beginning and end of the intervention and benefited from the training more than others.

This group of 71 individuals also shared specific brain attributes that distinguished them from the other participants.

"We had enough people who showed this pattern that the statistical analysis actually identified them as a group, regardless of the intervention group they were in," Daugherty said.

The size of several brain structures - some of which are known to be closely associated with fluid intelligence - was larger in these participants than for everyone else in the study, with the exception of two regions that were smaller: the middle frontal insula and parahippocampal cortex.

"We noticed that, independent of the activity they were engaged in, some people were improving and some were not improving on measures of fluid intelligence," Daugherty said. "And then there were some people who were actually getting worse over the course of the intervention."

"Historically, research in the psychological and brain sciences has sought to develop interventions to enhance cognitive performance and to promote brain health," Barbey said. "But these efforts have largely been unsuccessful."

This failure might be the result of scientists' one-size-fits-all approach, he said.

"If we assume that we all solve problems in a similar way, then it's reasonable to expect that everyone will benefit from the same types of instruction or cognitive training," Barbey said. "Research suggests otherwise, however. We each have unique characteristics that shape our cognitive abilities and influence whether we will benefit from specific forms of training."

The researchers focused on brain regions that are known to be important for fluid intelligence. But they were surprised that two structures in the brain - the parahippocampal cortex and the caudate nucleus - were so strongly linked to improvement on tests of fluid intelligence.

"We found evidence that these regions, in particular, distinguished people who had the highest response following our intervention from the other participants," Daugherty said. "These regions are responsible for visual-spatial abilities and the ability to use memory in the process of reasoning."

The findings suggest these abilities may be more closely related to fluid intelligence than previously thought, she said.

The researchers began the study with a central question, Barbey said.

"Can we measure differences in the brain to predict who is most likely to benefit from an intervention? And the answer is: Yes, we can," he said. "The question now becomes whether we can use this knowledge to design more effective interventions that are tailored to the needs of the individual across the lifespan."

The Office of the Director of National Intelligence, Intelligence Advanced Research Projects supported this research.

The paper "Individual differences in the neurobiology of fluid intelligence predict responsiveness to training: Evidence from a comprehensive cognitive mindfulness meditation and aerobic exercise intervention" is available online and from the U. of I. News Bureau.

Trends in Neuroscience and Education

By imaging the brain, scientists can predict a person's aptitude for training 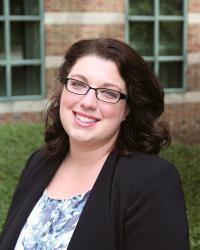