(Millbrook, NY) Farming, energy production, and landfills produce methane, a potent greenhouse gas. Forests can remove methane from the atmosphere through the activity of soil bacteria. But increasing precipitation - a symptom of climate change - is making it harder for forest soils to trap greenhouse gases, creating a feedback loop that exacerbates global warming.

So reports a new study, published today in the Proceedings of the National Academy of Sciences, which concludes that forest soils have been overestimated as methane sinks by upwards of 50% worldwide. Few studies have quantified this process using long-term data.

Study coauthor Peter Groffman, a Senior Research Fellow at Cary Institute of Ecosystem Studies and a professor at the City University of New York Advanced Science Research Center at the Graduate Center, explains, "We were interested in how methane uptake by forest soils was influenced by environmental change. Do things like soil temperature, nitrogen, or rainfall impact forest soil's ability to act as a methane sink? And how does this play out over time?"

Patterns observed at these locations were compared to global forest soil methane uptake data recorded from 1988-2015. Results were clear: methane absorption by upland forest soils is declining globally, especially in regions where precipitation is increasing.

"These findings suggest that global budgets for atmospheric methane - which are used to inform policy around methane-producing activities - are overestimating the role that forest soils play in trapping gas," Groffman cautions. "Declining methane uptake by forest soils should be factored into these models to avoid exacerbating climate warming, as methane in the atmosphere may rise more quickly and reach higher levels than current models predict."

Shrinking methane sinks, in the country and the city

During this timespan, average temperature and atmospheric methane concentrations increased while nitrogen deposition decreased. These three factors should have caused an increase in forest soil methane uptake.

Scaling up: A global perspective

During the timeframe of the analysis, methane uptake by forest soils dropped by 77%. Declines were most acute in forests located between 0-60°N latitude, where precipitation has steadily increased as a result of climate change.

Lead author Xiangyin Ni of Sichuan Agricultural University notes, "Long-term changes in precipitation and forest soil methane uptake should be factored into models being used to inform policy decisions around methane-producing activities - to ensure that we're using the most accurate tools available to account for methane sources and sinks."

Steve Hamburg, Chief Scientist at the Environmental Defense Fund, explains, "It is increasingly clear that reducing human-caused methane emissions is essential to reducing the risk of climate change. Towards that end, we need a better understanding of the global methane budget and the causes of the increases in atmospheric concentrations. Understanding that the global forest soil sink is weakening is a potentially important piece of the puzzle."

"This study shows large, long-term declines in the ability of soil to absorb methane," says Doug Levey, a director of the National Science Foundation's Long-Term Ecological Research program, which funded the research. "That can explain why the amount of methane, a potent greenhouse gas, has been increasing in the atmosphere. The results uncover an important link among the soil, the atmosphere, and climate."

Groffman concludes, "We can't rely on natural processes to solve our greenhouse gas problems. Just as trees and oceans may not always be able to absorb carbon dioxide, forest soils may not always be able to take up methane and keep it out of the atmosphere. Long-term data are critical for showing how the capacity and function of Earth's ecosystems are changing - and how we might best respond through management actions."

This study was supported by the National Science Foundation Long-Term Ecological Research program.

Cary Institute of Ecosystem Studies is an independent nonprofit center for environmental research. Since 1983, our scientists have been investigating the complex interactions that govern the natural world. Their findings lead to more effective management and policy actions and increased environmental literacy. Our staff are global experts in freshwater and forest health, disease ecology, urban ecology, and climate change.

Thanks to climate change and wetter weather, forest soils are absorbing less methane 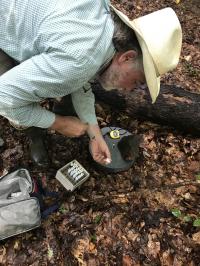 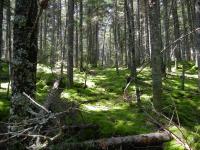