Addictive behavior such as drug and alcohol abuse could be associated with poor development of the so-called "love hormone" system in our bodies during early childhood, according to researchers at the University of Adelaide.

The groundbreaking idea has resulted from a review of worldwide research into oxytocin, known as the "love hormone" or "bonding drug" because of its important role in enhancing social interactions, maternal behavior and partnership.

This month's special edition of the international journal Pharmacology, Biochemistry and Behavior deals with the current state of research linking oxytocin and addiction, and has been guest edited by Dr Femke Buisman-Pijlman from the University of Adelaide's School of Medical Sciences.

Dr Buisman-Pijlman, who has a background in both addiction studies and family studies, says some people's lack of resilience to addictive behaviors may be linked to poor development of their oxytocin systems.

"We know that newborn babies already have levels of oxytocin in their bodies, and this helps to create the all-important bond between a mother and her child. But our oxytocin systems aren't fully developed when we're born – they don't finish developing until the age of three, which means our systems are potentially subject to a range of influences both external and internal," Dr Buisman-Pijlman says.

She says the oxytocin system develops mainly based on experiences.

"The main factors that affect our oxytocin systems are genetics, gender and environment. You can't change the genes you're born with, but environmental factors play a substantial role in the development of the oxytocin system until our systems are fully developed," Dr Buisman-Pijlman says.

"Previous research has shown that there is a high degree of variability in people's oxytocin levels. We're interested in how and why people have such differences in oxytocin, and what we can do about it to have a beneficial impact on people's health and wellbeing," she says.

She says studies show that some risk factors for drug addiction already exist at four years of age. "And because the hardware of the oxytocin system finishes developing in our bodies at around age three, this could be a critical window to study. Oxytocin can reduce the pleasure of drugs and feeling of stress, but only if the system develops well."

Her theory is that adversity in early life is key to the impaired development of the oxytocin system. "This adversity could take the form of a difficult birth, disturbed bonding or abuse, deprivation, or severe infection, to name just a few factors," Dr Buisman-Pijlman says.

"Understanding what occurs with the oxytocin system during the first few years of life could help us to unravel this aspect of addictive behavior and use that knowledge for treatment and prevention."

Can 'love hormone' protect against addiction? 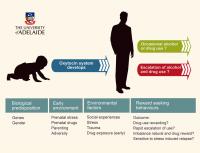 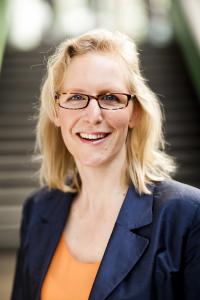