Tampa, FL (March 8, 2010) -- Human herpesvirus 6 (HHV-6) infects nearly 100 percent of humans in early childhood, and the infection then lasts for the rest of a person's life. Now, a team led by Peter Medveczky, MD, a professor in the Department of Molecular Medicine at the University of South Florida (USF), has discovered that in some individuals, HHV-6 causes such a permanent infection by inserting or "integrating" its DNA into human chromosomes. From this harbor, the viral DNA cannot be eliminated by the immune system.

The paper describing this research was published online March 8 in Proceedings of the National Academy of Sciences.

The USF team also confirmed preliminary results by other investigators that, a long time ago, the virus inserted its DNA into the DNA of human sperm and egg cells. As a result, some people (about 1 percent of people in the U.S.) are born with the virus's DNA in every cell in their body. Indeed, HHV-6 is the first functional virus of any type reported to be passed through the human germ line.

The team presented clear evidence that the virus can insert its DNA specifically into telomeres – structures at the ends of each chromosome that play key roles in both aging and cancer.

Finally, the team showed that the chromosomally integrated HHV-6 (CIHHV-6) genomes can be reactivated to an infectious form.

The findings are a surprise, since other human herpesviruses cause permanent infection by a different mechanism. The round up their DNA into a little circle that resides inside the nucleus of the cell: they do not insert their DNA into the chromosomes.

There are many unanswered questions that the USF team hopes to sort out. "We would like to know whether the location of the integration has an impact on pathology," Dr. Medveczky said. "We'd also like to know more about which drugs can provoke reactivation in patients that carry this virus in every cell... It would be important for these patients to avoid drugs that may reactivate the virus."

"This is an exciting and provocative series of observations. The questions raised by this work will keep herpes virologists busy for years," predicted HHV-6 expert Phil Pellett, PhD of Wayne State University.

HHV-6 was discovered in 1986 in the laboratory of Dr. Robert C. Gallo at the National Cancer Institute after Gallo asked his co-workers to look for a herpesvirus in AIDS lymphoma cases that might be triggering cancer. "In my mind these findings also should stimulate further studies on a possible role of HHV-6 in some cancers as suggested by others who have found a possible link to some lymphomas," Dr. Gallo commented. "However, clearly more work will be needed to advance any conclusion in this regard."

HHV-6 causes roseola, a generally benign rash and fever in infants. The virus can reactivate in individuals with suppressed immune systems, sometimes causing serious consequences such as encephalitis, hepatitis, myocarditis, and pneumonia.

Recent research has suggested that HHV-6 may also be associated with diseases in people with apparently healthy immune systems: encephalitis, mesial temporal lobe epilepsy, multiple sclerosis, myocarditis, and idiopathic cardiomyopathy. While there is no proof that the virus plays a causal role in these diseases, the virus has been found more often in the diseased tissue than in healthy tissue.

Previous studies had used a visual technique called fluorescence in situ hybridization (FISH), which showed that the viral DNA was present at the same location (near the telomeres) of the same chromosome in both parent and child. This strongly suggested but did not prove that the virus was inherited through the germ line in these children. By determining the DNA sequence of the ends of the chromosome, the Medveczky team clearly demonstrated that the HHV-6 genome was integrated into telomere DNA. The team also showed that HHV-6 DNA, unlike other human herpesviruses, does not curl into a circle inside the nucleus.

The great majority of people, however, do not inherit HHV-6 DNA from their parents and do not have it in every cell of their body. Yet nearly everyone becomes permanently infected with the virus. So Medveczky and colleagues wondered if the virus might take up permanent residence in the body by integrating its DNA into the chromosomes of just some cells.

To examine this possibility, the investigators took cells that had never been exposed to HHV-6 and infected them with HHV-6 that had been engineered to make infected cells glow bright green. Sure enough, once the infection died down, the green cells contained HHV-6 DNA integrated into the ends of the chromosomes. When the investigators stimulated the cells with chemicals known to activate other herpesviruses, cells with integrated viral DNA began producing infectious virus. It will be important to learn whether a similar process occurs during the form of HHV-6 infection that occurs in most individuals.

For the approximately 1 percent of the population born with viral DNA in every cell in their body, several questions arise. Are such people more prone to diseases because they have a greater risk of viral reactivation? If so, which diseases? If a person is born with viral proteins present from birth, would that person's immune system be "fooled" into thinking that the virus was not foreign and need not be attacked? If so, is that a bad thing or a good thing for a person's health? Finally, the virus inserts itself into the telomeres and could theoretically disrupt the function of the telomeres. Since the telomeres are important in cellular aging and in cancer, could the insertion of viral DNA in the telomeres have any effect on a cell's tendency to age or to turn cancerous?

While unique among known human herpesviruses, the capacity of HHV-6 to integrate into human chromosomes is not unique in nature. A herpesvirus that infects chickens, called Marek's disease virus, appears to behave the same way. Interestingly, although the viruses are not otherwise closely related, the DNA sequence used by Marek's disease virus to integrate into chicken chromosomes is remarkably similar to the DNA sequence used for chromosomal integration by HHV-6.

Doctoral student Jesse Arbuckle and research associate Maria Medveczky, both of the USF Department of Molecular Medicine, were lead authors of the study. Other contributing authors were from Bioworld Consulting Laboratories, the HHV-6 Foundation, University of Minnesota, University of Brussels, Stanford University School of Medicine and Harvard Medical School.

The USF study was funded by the HHV-6 Foundation, a non-profit organization that supports virology research, as well as by a grant from the National Institutes of Health.

USF Health (www.health.usf.edu) is dedicated to creating a model of health care based on understanding the full spectrum of health. It includes the University of South Florida's colleges of medicine, nursing, and public health; the schools of biomedical sciences as well as physical therapy & rehabilitation sciences; and the USF Physicians Group. With more than $380.4 million in research grants and contracts last year, the University of South Florida is one of the nation's top 63 public research universities and one of only 25 public research universities nationwide with very high research activity that is designated as community-engaged by the Carnegie Foundation for the Advancement of Teaching. 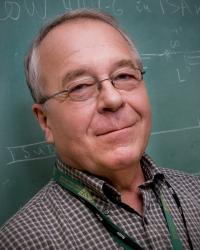