The goal is to find out how medical drugs affect the liver and how the organ changes with advancing age. The project DeLIVER, coordinated by Bielefeld University, will start in January 2018. This is now the seventh Marie Sk?odowska-Curie Action (European training network for young academics) at Bielefeld University.

The young scientists will be carrying out research for their doctorates at six European partner universities and at companies in a total of nine countries. The procedures to be developed in the project should be minimally invasive. As in endoscopy, new optical instruments will be developed and applied to study liver samples with high-resolution microscopy. In the long term, the methods should also be used to carry out microscopic examinations of liver cells directly in the body.

'In the new project, researchers from physics and biomedicine are coordinating their analyses and their advances and jointly addressing healthy aging - one of the greatest challenges to society today. It is the close link between the two disciplines that makes this programme special,' says Professor Dr. Thomas Huser from Bielefeld University's Faculty of Physics. As the representative of his Faculty, he is coordinating the new network.

Huser's research group 'Biomolecular Photonics' is developing high-resolution microscopes that can make structures in body cells visible and accessible to research that traditional optical microscopes are unable to show.

Other programme participants from Bielefeld are the Faculty of Biology and a medium-sized company in Bielefeld - LaVision BioTec GmbH - that is developing and manufacturing microscopes especially for biomedicine.

'DeLIVER offers young doctoral students an opportunity to work together with experienced scientists and to use advanced technology and the most modern methods in physics,' says Thomas Huser. In addition, they gain practical experience in industry during the time they spend with a company. 'This prepares them specifically for both the academic and non-academic labour market.' All of the young scientists will spend several months at the European partner universities and companies as well as at the scientific partner institutions in the United States, China, and Australia.

The name of the DeLIVER programme is a combination of 'liver' and the expectation that the researchers in the network will rapidly produce and 'deliver' new and highly relevant scientific findings.

Marie Sk?odowska-Curie Actions are one of the main pillars of the Framework Programmes for Research and Technological Development called 'Horizon 2020'. More than 1,700 applications from throughout the EU were submitted in the latest round of funding. However, less than seven per cent of applications were successful. Bielefeld University is coordinating three of the seven Marie Sk?odowska-Curie Actions in which it is participating. 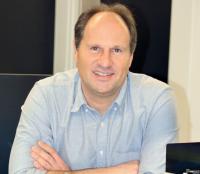