AMES, Iowa - It may not come as a surprise that the more time college students, particularly freshmen, spend on Facebook, the more their grades suffer. In his latest study, Reynol Junco, an associate professor of education at Iowa State University, found that while freshman struggle to balance their use, social media is less of a problem for upper classmen. The difference relates to self-regulation.

Sophomores, juniors and seniors also reported using Facebook while studying, but how it affected their grade point average varied. For freshmen, all Facebook use had a negative impact on their grades. For sophomores and juniors, only time spent using Facebook while doing schoolwork hurt their GPA. For seniors, there was no relationship between the two.

It would be easy to conclude that simply spending less time on Facebook would improve a student's GPA, but Junco cautions against rushing to that conclusion. Certain tasks on Facebook, such as sharing links and checking in with friends, were positively linked to GPA. And in previous research, Junco found that tasks, such as creating or RSVP'ing to an event, were positively linked to student engagement.

"It's not just the way students are accessing the site, but the way in which they're using the site that has an effect on academic outcomes," Junco said. "Students use social media to make friends and create the support network they need. If they're committed to their social circles, then they're also committed to their institution, and that's a major part of academic success."

The negative relationship between Facebook use and GPA has little to do with Facebook, Junco said. Instead it is reflective of a broader issue, one that all students must confront when they go to college - self-regulation. And in that regard, Facebook use is no different than any other distraction for students.

"Freshmen have all of these adjustment issues. They come to college and they don't know what to do, because they don't have a parent or teacher telling them when to study, what to eat or when to go to bed," Junco said. "They haven't developed the self-regulation skills that they need."

Most students will develop that skill throughout their college career. But Junco says higher education professionals can offer more assistance and teach students about responsible Facebook use, rather than telling them to completely abstain from social media. Parents and teachers could also do a better job of helping students develop better self-regulation in middle and high school.

There could be several explanations for the fact that seniors in the study used Facebook while studying, although for a shorter period of time, without seeing an effect on their grades. Junco says it could be that they have learned how to better multitask. He attributes the drop in seniors' Facebook use to two factors. One, they have built a strong social network and rely less on social media to meet new people. And two, they are looking ahead to their future careers.

Taken in consideration with his other studies on this topic, Junco says the negative effect on GPA does not outweigh the positives associated with social media use, student engagement and academic success. 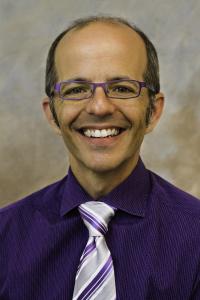