Researchers examine the evolution of inactivity in humans. Prolonged sitting has been tied to increased risk of cardiovascular disease and death, likely due to reduced levels of muscle contractions and metabolism. However, evolutionary pressures favor strategies that minimize energy use. To better understand the evolution of inactivity, David Raichlen and colleagues examined sedentary behaviors of the Hadza, a hunter-gatherer population in Tanzania, which exemplifies activity patterns in a context typical of humans' evolutionary history. Unlike adults in more industrialized populations, Hadza adults are generally free of cardiovascular disease. For 8 days, 28 Hadza adults wore accelerometers affixed to the thigh that the authors used to measure time spent in resting postures during waking hours. The authors compared the Hadza data with previous studies that measured inactivity in industrialized populations. While awake, Hadza adults spent an average of almost 10 hours each day in nonambulatory postures, similar to the time adults in industrialized populations spend sitting. The average duration of inactive bouts was also comparable among Hadza adults and adults in industrialized populations. However, Hadza adults spent a significant portion of sedentary time in squatting and kneeling postures, which produce more muscle activity than chair sitting. The findings suggest that humans require daily muscle activity from both physical movement and resting postures, according to the authors.

Article #19-11868: "Sitting, squatting, and the evolutionary biology of human inactivity," by David A. Raichlen et al. 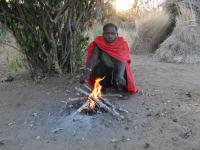 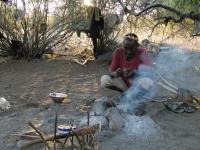