Hundreds of millions of years ago, a common ancestor of mammals, birds, and reptiles evolved a phallus. We don't know much about phallus evolution (external genitalia generally don't mineralize, so the fossil record is of little help), but we can compare the expression of phallus genes from organism to organism. From such work, we've learned that many of the genes deployed in the developing phallus are also used to build limbs during embryonic development.

The shared patterns of gene expression in the limbs and phallus are generated in part by a common set of noncoding DNA, also called "elements" or "enhancers," which act to control gene expression in both of these structures, argues a study published October 1 in Developmental Cell. These conclusions stemmed from an initial observation that many limb control elements, or limb enhancers, found in limbed animals are still present in snake genomes.

"From purely looking at the DNA sequences we can conclude that snakes retain many enhancers that, based on mammalian studies, we thought were limb enhancers," says senior study author Douglas Menke, a geneticist at the University of Georgia. "There have been tens of millions of generations for these elements to be lost, but the fact that these are still present in snakes prompted us to rethink what these limb enhancers are doing in snakes and mice."

Menke and postdoctoral researcher Carlos Infante examined patterns of enhancer activity in embryonic limbs and genitalia of mice and limbed reptiles (anole lizards). This revealed that many of the same enhancers are activated during the formation of these different appendages in both species.

When the authors tested the ability of the lizard and snake versions of this limb-genital enhancer to function in mice, they found that the lizard version was capable of driving gene expression in the legs and the genitalia (much like the mouse version), while the snake version was only capable of driving gene expression in the genitalia. The conclusion is that many of these noncoding regions of DNA should be more broadly categorized as "appendage enhancers" rather than "limb enhancers," and snakes may have retained these noncoding DNA elements due to their role in phallus development.

Menke had access to the genomes of three snake species for his study: boa constrictor, Burmese python, and king cobra. Comparative genomics research like this has only been possible in the past couple of years as the genome sequences of snakes and other species have become available. One of the next steps will be to investigate how much of a role noncoding DNA plays in the formation of different genital shapes that are observed in nature, from the dual hemiphalluses found in lizards and snakes to the diversity of morphologies observed among the phalluses of mammalian species.

This work was supported by the National Science Foundation, the National Institutes of Health, and the University of Georgia.

Are the blueprints for limbs encoded in the snake genome? 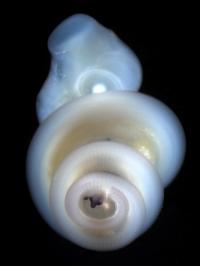 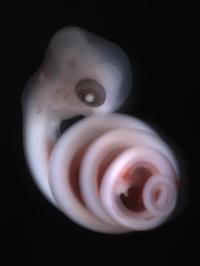