Remember the movie The Princess Bride, when the characters debate the existence of R.O.U.S.es (Rodents of Unusual Size), only to be beset by enormous rats? That's kind of what happened here.

Mammalogist Tyrone Lavery heard rumors of a giant, possum-like rat that lived in trees and cracked open coconuts with its teeth on his first trip to the Solomon Islands in 2010. After years of searching and a race against deforestation destroying the rat's would-be home, Lavery, along with John Vendi and Hikuna Judge, finally found it.

"The new species, Uromys vika, is pretty spectacular -- it's a big, giant rat," said Lavery, a post-doctoral researcher at The Field Museum in Chicago and the lead author of the Journal of Mammalogy paper announcing the rat's discovery. "It's the first rat discovered in 80 years from Solomons, and it's not like people haven't been trying -- it was just so hard to find."

The Solomon Islands, a country made up of a series of islands a thousand miles northwest of Australia, are biologically isolated. Over half of the mammals on the Solomon Islands are found nowhere else on Earth, making it an attractive location for scientists like Lavery.

"When I first met with the people from Vangunu Island in the Solomons, they told me about a rat native to the island that they called vika, which lived in the trees," says Lavery. "I was excited because I had just started my Ph.D., and I'd read a lot of books about people who go on adventures and discover new species."

But years of searching didn't turn up any of the giant rats. "I started to question if it really was a separate species, or if people were just calling regular black rats 'vika,'"said Lavery. Part of what made the search so difficult was the rat's tree-dwelling lifestyle. "If you're looking for something that lives on the ground, you're only looking in two dimensions, left to right and forward and backward. If you're looking for something that can live in 30-foot-tall trees, then there's a whole new dimension that you need to search," explains Lavery.

Finally, one of the rats was discovered scurrying out of a felled tree. "As soon as I examined the specimen, I knew it was something different," says Lavery. "There are only eight known species of native rat from the Solomon Islands, and looking at the features on its skull, I could rule out a bunch of species right away." After comparing the specimen to similar species in museum collections and checking the new rat's DNA against the DNA of its relatives, Lavery confirmed that the giant rat was a new species, which he named Uromys vika in honor of the local name for the rat. "This project really shows the importance of collaborations with local people," says Lavery, who learned about the rat through talking with Vangunu locals and confirmed with them that the new rat matched the "vika" they knew.

Vika are a lot bigger than the black rats that spread throughout the world with European colonists -- the rats you'll see in American alleys weigh around 200 grams (0.44 pounds), Solomon Islands rats can be more than four times that size, weighing up to a kilogram (2.2 pounds). And from the tip of its nose to the tip of its tail, U. vika is about a foot and a half long. And while they haven't yet been observed cracking open coconuts, they do have a penchant for chewing circular holes into nuts to get at the meat.

The rat's giant size and possum-like tree-dwelling lifestyle can be traced back to its island home. Islands are full of animals found nowhere else on earth that evolved in isolation from the rest of the world. "Vika's ancestors probably rafted to the island on vegetation, and once they got there, they evolved into this wonderfully new species, nothing like what they came from on the mainland," explains Lavery.

While the rat has only just been discovered, it will quickly be designated as Critically Endangered, due to its rarity and the threat posed by logging to its rainforest habitat. "It's getting to the stage for this rat that, if we hadn't discovered it now, it might never have gotten discovered. The area where it was found is one of the only places left with forest that hasn't been logged," says Lavery. "It's really urgent for us to be able to document this rat and find additional support for the Zaira Conservation Area on Vangunu where the rat lives."Lavery also emphasized the necessity of preserving the rats, not just for ecological reasons, but for the role they play in the lives of Vangunu's people. "These animals are important parts of culture across Solomon Islands -- people have songs about them, and even children's rhymes like our 'This little piggy went to market.'"The discovery marks an important moment in the biological study of the Solomon Islands, especially since vika is so uncommon and close to extinction. "Finding a new mammal is really rare -- there are probably just a few dozen new mammals discovered every year," says Lavery. "Vika was so hard to find, and the fact that I was able to persevere is something that I'm proud of."

This study was completed by scientists at The Field Museum and the Zaira Resource Management Area. 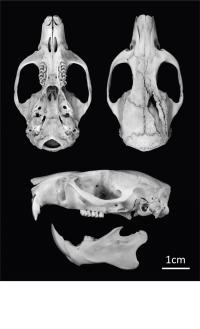 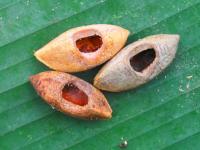