A study led by researchers at Florida Atlantic University's Harbor Branch Oceanographic Institute examined toxins in tissue concentrations and pathology data from 83 stranded dolphins and whales along the southeastern coast of the United States from 2012 to 2018. Researchers examined 11 different animal species to test for 17 different substances in animals found on the shores in North Carolina and Florida.

This is the first study to date to publish a report examining concentrations in blubber tissues of stranded cetaceans of atrazine, an herbicide, DEP, (a phthalate ester found in plastics), NPE or nonylphenol ethoxylate commonly used in food packing, and triclosan, an antibacterial and antifungal agent present in some consumer products, including toothpaste, soaps, detergents and toys.

The study also is the first to report concentrations of toxicants in a white-beaked dolphin and in Gervais' beaked whales, species for which the scientific literature remains sparse. Documenting toxicants in cetaceans is a critical step in tracing chemical contaminants within the marine food web and understanding their effects on biological systems.

Toxicants in the marine environment result from polluted runoff and chemicals in waterways from fossil fuels as well as single-use plastics commonly used by humans. These plastic objects include packaging film, detergents and some children's toys and contain dangerous phthalates.

"We must do our part to reduce the amount of toxicants that enter into our marine environment, which have important health and environmental implications not just for marine life but for humans," said Page-Karjian. "These chemicals work their way up through the food chain and get more concentrated the higher up they go. When dolphins and whales eat fish with concentrations of the chemicals, the toxic elements enter their bodies. Dolphins eat a variety of fish and shrimp in these marine environments and so do humans."

About Florida Atlantic University: Florida Atlantic University, established in 1961, officially opened its doors in 1964 as the fifth public university in Florida. Today, the University, with an annual economic impact of $6.3 billion, serves more than 30,000 undergraduate and graduate students at sites throughout its six-county service region in southeast Florida. FAU's world-class teaching and research faculty serves students through 10 colleges: the Dorothy F. Schmidt College of Arts and Letters, the College of Business, the College for Design and Social Inquiry, the College of Education, the College of Engineering and Computer Science, the Graduate College, the Harriet L. Wilkes Honors College, the Charles E. Schmidt College of Medicine, the Christine E. Lynn College of Nursing and the Charles E. Schmidt College of Science. FAU is ranked as a High Research Activity institution by the Carnegie Foundation for the Advancement of Teaching. The University is placing special focus on the rapid development of critical areas that form the basis of its strategic plan: Healthy aging, biotech, coastal and marine issues, neuroscience, regenerative medicine, informatics, lifespan and the environment. These areas provide opportunities for faculty and students to build upon FAU's existing strengths in research and scholarship. For more information, visit fau.edu. 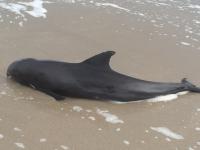 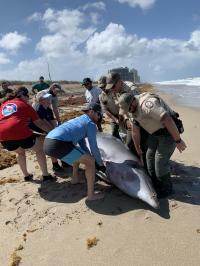