Experts' interest in utilizing gene editing for the breeding crops has seen revolutionary growth. Meanwhile, people's awareness for food safety has also been increasing. To understand the attitudinal difference among experts and public towards gene-edited crops, a team of Japanese researchers, led by Dr. Naoko Kato-Nitta, a research scientist at the Joint Support-Center for Data Science Research and The Institute of Statistical Mathematics, Tokyo, Japan, conducted a survey of perceptions of the Japanese experts and public to gene editing versus other emerging or conventional breeding techniques in Japan, where the production of genetically modified crops is strictly regulated and not readily accepted.

The authors conducted experimental web-based surveys to obtain clearer understanding of both experts and public perception of the benefits, risks and value of utilizing gene editing technology for the breeding of crops compared to other technologies. Participants for surveys consisted of 3,197 volunteers of the lay public and scientists with and without expertise in molecular biology.

According to the study, participants who had expert knowledge of molecular biology perceived emerging technologies to offer the lowest risk and highest benefits or value for food application, while lay public showed the highest risk and lowest benefit. Experts from other disciplines had similar perceptions to the lay public in terms of the risk, but similar perceptions to the molecular biology experts in terms of value. The lay public tended to perceive gene-edited crops as being both more beneficial and valuable than other genetically modified crops, while also posing less risk. Even though the differences in perception between gene editing and genetic modification was very small compared to the differences in perception between genetic modification and conventional plant breeding techniques, obtaining such results from the participants living in Japan, may hold great potential for this emerging technology.

Additionally, "the results enabled us to elucidate the deficit model's boundary conditions in science communication by proposing two new hypotheses," said Kato-Nitta. The model's assumption is that as scientific knowledge increases, so too does public acceptance of new technologies. "Firstly, this assumption was valid only for conventional science, knowledge of which can be acquired through classroom education, but not valid for emerging science, such as gene editing, knowledge on which may be acquired mainly through informal learning," Kato-Nitta said. "Secondly, the model's assumption on emerging science is valid only for increasing benefit perceptions but not for reducing risk perceptions."

Food scarcity is becoming a worldwide problem and the famine is frequently found in many regions on the earth. One of the major reasons for this is the rapid increase of the global population which has reached 7.7 billion, and is still growing, whereas area of farmable land has been continuingly decreasing because of various reasons such as extensive industrial or urban development, extended droughts and other extreme weather conditions. To compensate with the increasing needs for crops, enhancement of production through breeding has also been a powerful tool for farmers to produce more crop products from their limited resources in addition to the extensive usage of fertilizers and pesticides. Recent development of recombinant DNA technology, which is commonly called genetic engineering technology, and its adaptation to crops are believed to speed up the time-consuming breeding processes and to widen the range of genetic features to the original plants such as enhancement of nutritional value, resistance to drought, frost, or pests, for example.

The gene editing technology has been very tantalizing for molecular biologists, and in theory offers significant potential to improve the global food security; however, there are many people who are not convinced and remain somewhat skeptical, preferring to take a more cautious approach to how we produce the food that ultimately goes into our bodies and which significantly contributes to our overall health and well-being.

For many, the potential benefits associated with utilizing these unconventional plant breeding methods are not worth the potential risks. But are these attitudes and beliefs influenced by lack of sufficient scientific knowledge of the subject, and can they be changed if the information is passed on from experts in an effort to improve public scientific literacy? This concept, which is known as the deficit model of science communication, attributes public skepticism of science and technology to a lack of understanding, arising from lack of scientific literacy or knowledge on the subject. Their research statistically elucidates where such explanation types are valid and where they are not.

"I hope my research will help to narrow the gap between scientific experts and the public." said Kato-Nitta. "The scientific experts need to understand the diverse range of people outside their domain-specific community. I am currently working on developing a new model on public communication of science and technology that can explain the key factors that affect various facets of people's attitudes toward emerging science more comprehensively than the previous studies have done."

About the Joint Support-Center for Data Science Research (ROIS-DS)

The Joint Support-Center for Data Science Research (ROIS-DS) is a part of Japan's Research Organization of Information and Systems (ROIS). Established in 2016, ROIS-DS is a joint research center for the advancement of interdisciplinary data science. The center's mission is to support wide range of researchers and students to conduct research in data-sciences in the hope of solving scientific and social problems. The center aims to cultivate and strengthen collaboration and cooperation among universities and other institutions by promoting data sharing and providing data analysis support across disciplines, as well as helping human resource development related to data science.

About The Institute of Statistical Mathematics 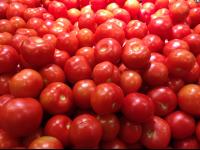