Washington, DC-- Planet-hunting is an ongoing process that's resulting in the discovery of more and more planets orbiting distant stars. But as the hunters learn more about the variety among the tremendous number of predicted planets out there, it's important to refine their techniques. New work led by Carnegie's Jonathan Gagné, Caltech's Peter Gao, and Peter Plavchan from Missouri State University reports on a technological upgrade for one method of finding planets or confirming other planetary detections. The result is published by The Astrophysical Journal.

One of the most-popular and successful techniques for finding and confirming planets is called the radial velocity method. A planet is obviously influenced by the gravity of the star it orbits; that's what keeps it in orbit. This technique takes advantage of the fact that the planet's gravity also affects the star in return. As a result, astronomers are able to detect the tiny wobbles the planet induces as its gravity tugs on the star. Using this method, astronomers have detected hundreds of exoplanets.

For certain kinds of low-mass stars, however, there are limitations to the standard radial velocity method, which can cause false positives -- in other words, find something that looks like a planet, but isn't.

To address this issue, Gagné, Gao, and Plavchan decided to use the radial velocity technique, but they examined a different, longer wavelength of light.

"Switching from the visible spectrum to the near-infrared, the wobble effect caused by an orbiting planet will remain the same regardless of wavelength," Gagné explained. "But looking in the near-infrared will allow us to reject false positives caused by sunspots and other phenomena that will not look the same in near-infrared as they do in visible light,"

Radial velocity work in the near-infrared wavelengths has been conducted before, but it has trailed behind planet hunting in the visible spectrum, partially due to technical challenges. The research team was able to develop a better calibration tool to improve the overall technology for near-infrared radial velocity work, which should make it a better option going forward.

"Our results indicate that this planet-hunting tool is precise and should be a part of the mix of approaches used by astronomers going forward," Gao said. "It's amazing to think that two decades ago we'd only just confirmed exoplanets actually existed and now we're able to refine and improve those methods for further discoveries."

This work was supported by an Infrared Processing and Analysis Center (IPAC) fellowship, a grant from the Fond de Recherche Québécois - Nature et Technologie and the Natural Science, a grant from the Engineering Research Council of Canada, an iREx postdoctoral Fellowship, and a JPL Research and Technology Development Grant. This work was performed in part under contract with the California Institute of Technology (Caltech)/Jet Propulsion Laboratory (JPL) funded by the National Aeronautics and Space Administration (NASA) through the Sagan Fellowship Program executed by the NASA Exoplanet Science Institute. 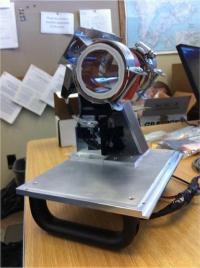