One major challenge in stem cell research has been to reprogram differentiated cells to a totipotent state. Researchers from RIKEN in Japan have identified a duo of histone proteins that dramatically enhance the generation of induced pluripotent stem cells (iPS cells) and may be the key to generating induced totipotent stem cells.

Differentiated cells can be coaxed into returning to a stem-like pluripotent state either by artificially inducing the expression of four factors called the Yamanaka factors, or as recently shown by shocking them with sublethal stress, such as low pH or pressure. However, attempts to create totipotent stem cells capable of giving rise to a fully formed organism, from differentiated cells, have failed.

The study, published today in the journal Cell Stem Cell and led by Dr. Shunsuke Ishii from RIKEN, sought to identify the molecule in the mammalian oocyte that induces the complete reprograming of the genome leading to the generation of totipotent embryonic stem cells. This is the mechanism underlying normal fertilization, as well as the cloning technique called Somatic-Cell Nuclear Transfer (SCNT).

SCNT has been used successfully to clone various species of mammals, but the technique has serious limitations and its use on human cells has been controversial for ethical reasons.

Ishii and his team chose to focus on two histone variants named TH2A and TH2B, known to be specific to the testes where they bind tightly to DNA and affect gene expression.

The study demonstrates that, when added to the Yamanaka cocktail to reprogram mouse fibroblasts, the duo TH2A/TH2B increases the efficiency of iPSC cell generation about twentyfold and the speed of the process two- to threefold. And TH2A and TH2B function as substitutes for two of the Yamanaka factors (Sox2 and c-Myc).

By creating knockout mice lacking both proteins, the researchers show that TH2A and TH2B function as a pair, are highly expressed in oocytes and fertilized eggs and are needed for the development of the embryo after fertilization, although their levels decrease as the embryo grows.

In the early embryo, TH2A and TH2B bind to DNA and induce an open chromatin structure in the paternal genome, thereby contributing to its activation after fertilization.

These results indicate that TH2A/TH2B might induce reprogramming by regulating a different set of genes than the Yamanaka factors, and that these genes are involved in the generation of totipotent cells in oocyte-based reprogramming as seen in SCNT.

"We believe that TH2A and TH2B in combination enhance reprogramming because they introduce a process that normally operates in the zygote during fertilization and SCNT, and lead to a form of reprogramming that bears more similarity to oocyte-based reprogramming and SCNT" explains Dr. Ishii.

Pictures and the original journal research article in Cell Stem Cell are available on request.

RIKEN is Japan's largest research institute for basic and applied research. Over 2500 papers by RIKEN researchers are published every year in leading scientific and technology journals covering a broad spectrum of disciplines including physics, chemistry, biology, engineering, and medical science. RIKEN's research environment and strong emphasis on interdisciplinary collaboration and globalization has earned a worldwide reputation for scientific excellence. 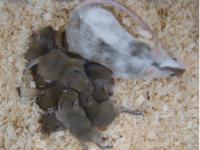