INDIANAPOLIS —– Although personal health records are now securely accessible online to a large and growing number of individuals, little research has been conducted on opinions about their ease of use.

A new study recruited patients into a human-computer interaction laboratory to determine the user experience for several popular functions of the Department of Veterans Affairs' My HealtheVet, the most widely disseminated personal health record system in the United States. The study appears in a supplement to the December 2011 issue of the Journal of the American Medical Informatics Association.

Gaining insight into facilitators and barriers to adoption of MyHealtheVet, the most pervasive example of patient-centered technology currently in use, will provide guidance for the design and redesign of next-generation systems.

"Understanding how first-time users interact with their personal health records will enable us to design and implement future-generation systems that will serve the needs of patients and those with whom they wish to share health information, including doctors and other trusted parties. Ultimately it will help us, as physicians, provide better care for our patients," said Regenstrief Institute investigator David A. Haggstrom, M.D., a research scientist with the Center of Excellence on Implementing Evidence-Based Practice, Department of Veterans Affairs, Veterans Health Administration, Health Services Research and Development Service in Indianapolis. He is an assistant professor of medicine at the Indiana University School of Medicine.

Once into the secure Web-based system, users found the prescription refill function to perform better than expected. More than 20 million refills have been ordered online through MyHealtheVet since 2005. Some users were concerned about the system displaying the names of their specific drugs, a possible issue if using a public computer or sharing space in the home or office.

Patients indicated that they thought it important that information they uploaded into their personal health record, such as blood sugar or blood pressure levels over time, be downloadable as graphs that they could print and bring to a future doctor's visit.

"I believe our novel, interdisciplinary-focused study yielded findings that will inform the future redesign and implementation of the VA personal health record system. Our study offered straightforward steps to tailor functions to the individual preferences of the veterans," said Regenstrief Institute Investigator Neale Chumbler, Ph.D., a research scientist with the Center of Excellence on Implementing Evidence-Based Practice, Department of Veterans Affairs, Veterans Health Administration, Health Services Research and Development Service in Indianapolis. He is professor and chairman of the Department of Sociology and director of the Institute for Research on Social Issues in the School of Liberal Arts at Indiana University-Purdue University Indianapolis.

Dr. Chumbler is principal investigator on the VA grant that supported the research published in "Lessons Learned From Usability Testing of a Personal Health Record." The VA played no role in the study design, analysis or interpretation of data in this study.

Patients in the future will expect to access their personal health information through Web portals tethered or linked to hospital systems or HMOs, or other entities where they receive their care, the study authors note. Overall, users in this study sought aspects of personal health records that were "adding value" to their interaction with their VA care providers.

Authors of the study in addition to Drs. Haggstrom and Chumbler are Regenstrief Investigators Jason Saleem, Ph.D., and Alissa Russ, Ph.D., both of the VA Center of Excellence; Josette Jones, Ph.D., of the School of Informatics and the School of Nursing at IUPUI; and Scott A. Russell, B.S.E., of the VA Center of Excellence. Dr. Saleem, who is a human factors engineer, directs the human-computer interaction laboratory. 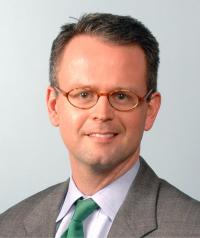