RIVERSIDE, Calif. -- A University of California, Riverside, study analyzing fourth-generation electronic cigarette, or EC, pod atomizer design features has found the pod atomizers are similar to those of previous generations and contain elements that may adversely affect health and accumulate in the environment.

EC atomizers are chambers that hold nicotine-containing fluid and upon heating generate an aerosol. The pod-style e-cigarettes have become very popular, especially with young people.

The elements/metals in atomizers are important because chronic exposure could adversely affect human health. Further, EC pod products, which eventually enter the environment, could contribute to chemical pollution in water and soil.

"The more these devices aesthetically evolve, the more the atomizer components and elemental composition stay the same," said Esther Omaiye, a graduate student in Department of Molecular, Cell and Systems Biology at UC Riverside and the first author of the research paper that appeared in PLOS ONE. "While major components such as filaments, thick wires, filament-wire joints, air-tubes, and wicks have been preserved across generations, we see newer components in fourth-generation pod products such as connector pins, connector-wire joints, ceramic wicks and chambers that house these wicks."

"We set out to characterize the design features of pod-style atomizers and analyze the elemental composition of the atomizers," said Prue Talbot, a professor of cell biology at UCR, who led the research team. "These elements may, upon heating, enter the aerosol and be inhaled by users."

The external appearance, design, battery power, atomizers, and nicotine delivery of e-cigarettes have evolved over the last decade. Fourth-generation ECs or pods have low-powered batteries, an e-liquid reservoir, and an atomizer/mouthpiece. They contain high concentrations of nicotine and acid.

Scientists have only limited understanding of what exactly makes up EC pod atomizers, which are required components for aerosol production in e-cigarettes.

"Since elements in the atomizers can leach into the e-fluids or transfer to the aerosols when the e-fluids are heated, it is important to know what these elements are that users can get exposed to," said Omaiye, who works in Talbot's lab.

The researchers examined 11 fourth-generation EC pods from six brands/manufacturers. Of 23 elements they identified in the pod atomizers, 11 -- nickel, chromium, iron, gold, copper, zinc, tin, oxygen, silicon, carbon, and sodium -- were present in relatively high abundance. Some of these elements have been linked to human illnesses, including cardiovascular diseases, immune system suppression, lung injury, cancer, renal damage, neurotoxicity, and silicosis. Nickel, chromium, iron, and gold were found to be the most abundant elements in fourth-generation EC atomizers.

"We now know what elements users may be inhaling by using fourth-generation products," Omaiye said. "Our work reinforces the idea that e-cigarettes are not without harm. Our next line of research is evaluating fluids and aerosols generated from fourth-generation products to get a clearer picture of how their elements may be directly affecting e-cigarette users' health."

Talbot and Omaiye were joined in the research by UCR's Monique Williams and Krassimir N. Bozhilov. The research paper is titled "Design features and elemental/metal analysis of the atomizers in pod-style electronic cigarettes."

Fourth generation of e-cigarettes is not harmless 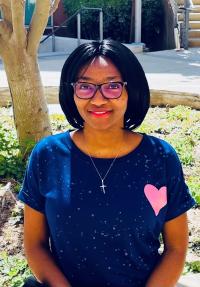