A hitherto unknown antibiotic-resistant bacteria species, in the same family as E. coli and Salmonella spp., has been found and classified in Sweden. The proposed taxonomic name of the species -- the first of the new genus -- is Scandinavium goeteborgense, after the city of Gothenburg, Sweden, where the bacterium was isolated and the research was done.

Knowing which bacteria cause infections, and which antibiotics are effective and ineffective against them, is crucial for treatment choices. Ignorance can have grave consequences, even from what are normally uncomplicated infections.

How the new bacteria group was detected, with its novel genetic variant of antibiotic resistance, is described in a study published in the journal, Frontiers in Microbiology. The starting point was bacteria found in an infected wound, on an adult patient, at Kungälv Hospital north of Gothenburg.

Using a sample from this patient, the Clinical Microbiology laboratories at Sahlgrenska University Hospital in Gothenburg isolated the bacteria, which proved to belong to the family Enterobacteriaceae. Species identification, however, required further, more comprehensive investigations and analyses.

Using Next Generation Sequencing (NGS) of the genome DNA, the researchers were then able to characterize and classify the new species. Moreover, it proved to belong to a completely new genus of bacteria.

The bacteria concerned are most likely to have caused infections before and after they were detected in Kungälv Hospital, where the patient samples were taken in 2014. However, it is only now that the species has been identified and its more specific traits have become known.

"This is a clear example of how important it is to be able to identify the direct causes of an infection. If the bacteria are identified accurately, doctors can prescribe specific antibiotics rather than needing to rely on broad-spectrum antibiotics," Salvà Serra said.

"Broad-spectrum antibiotics favor the development of antibiotic resistance in bacteria, including those causing disease. By extension, this results in reduced potential for treating infectious diseases."

Hedvig Engström Jakobsson, the senior researcher in charge of the study, works at the Department of Infectious Diseases at Sahlgrenska Academy, University of Gothenburg, and heads the Molecular Microbiology Unit at Sahlgrenska University Hospital.

She emphasizes that next-generation sequencing has revolutionized DNA-based strategies for bacterial diagnosis and surveillance.

"This study called for many different analyses, in which the technology gave us both more extensive and more in-depth knowledge about the new bacterium and its classification than had been possible before," says Engström Jakobsson.

The name proposed by the scientists for the bacteria species, Scandinavium goeteborgense, will be validly published in the International Journal of Systematic and Evolutionary Microbiology (IJSEM) in March 2020. 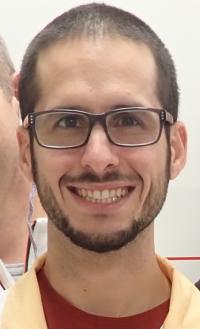 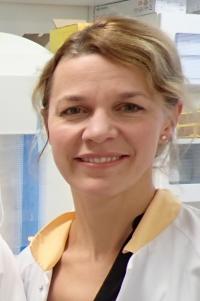