SAN ANTONIO (Aug. 2, 2014) ― Scientists studying depression in teens have discovered that subtle changes in a gene can predict how the brain reacts to stress, which can cause such health issues as depression, post-traumatic stress disorder and obesity.

Scientists have believed that the tendency to develop stress-related disorders is an inherited trait or is the result of exposure to traumatic events. In this paper, the researchers are also looking into another factor ― that genes may change over time, making some individuals with the same genetic makeup more susceptible to stress than others.

In these studies the researchers looked at the serotonin transporter, a gene that regulates the amount of serotonin signaling that occurs between brain cells and is frequently the target for antidepressant drugs. They proved the existence of a mechanism impacting the brain that also may play a role in an individual's reaction to stress, which may be a stronger predictor of stress than DNA sequencing. They used:

Attached to the serotonin transporter's DNA are chemical marks called methyl groups that help regulate when, where and how much of the gene is expressed. DNA methylation (the chemical marks) are one form of gene modification, which scientists are studying to understand how the same genetic code can produce a wide range of cellular responses in the body, as well as differences in individuals' reaction to stress.

"Varying the DNA sequence in this gene has been shown to predict activation in the amygdala and is linked with depression, so we were interested in determining if DNA methylation may be playing a role in regulating how the brain responds to stress, ultimately making an individual vulnerable to stress-related disorders like depression," Dr. Williamson said. The amygdala is a region in the temporal lobe of the brain that helps shape behavioral and biological responses to threat and stress.

Initially, the team performed imaging of the brains of 80 participants in a study of Duke undergraduates led by Dr. Hariri. Students were shown angry or fearful faces and researchers recorded their responses in the amygdala. Working with Karestan Koenen, Ph.D., at Columbia University, the team also measured the amount of methylation on serotonin transporter DNA from the participants' saliva.

To the researchers' surprise, even small changes in methylation corresponded with amygdala activity and appeared to be a better predictor of the risk of depression than DNA sequence variation, Dr. Williamson explained.

Replicating the findings with brain imaging and blood tests

To extend and replicate the initial findings, the team examined brain images and DNA in 96 adolescents ages 12 to 15 participating in the Teen Alcohol Outcomes Study (TAOS), a different long-term study led by Dr. Williamson. Researchers again measured amygdala reactivity to angry or fearful faces as well as methylation of the serotonin transporter gene this time in participants' blood. The analyses revealed an even stronger link between methylation and amygdala reactivity.

Verifying the change in brain tissue

To determine if their findings were occurring directly in the amygdala, the group then collaborated with Etienne Sibille, Ph.D., at the University Pittsburgh, to analyze DNA methylation patterns and gene expression in the brains of people who had passed away. To the group's surprise, they received the exact same results. "The methylation sites on the fMRI images corresponded perfectly with lower levels of the serotonin transporter expression in the amygdala. Methylation was suppressing the expression of the gene," he said.

"The fact that methylation patterns were the same in saliva, blood and the brain suggests that these patterns, at least in the case of the serotonin transporter, may be passed down through generations. However, it is also possible that exposure to stress over time impacts changes in methylation systematically throughout the body," Dr. Williamson said.

"The findings of the current study and our ongoing research are contributing to a paradigm shift in how our field examines genetic contributions to psychiatric conditions like depression and posttraumatic stress disorder. We are moving beyond simple inherited genetic sequence variation to examine what is being modified during one's lifetime and how this may in turn be passed on to our children," he noted.

Lowering the risk of depression and PTSD in the future

"Our work is helping to identify the specific mechanisms that are involved in the onset of depression, which is involved in 70 percent of people with PTSD," Dr. Williamson said. "Ultimately, we hope that our findings will lower the risk of developing depression and other stress-related disorders in the future."

Note: Components of this translational research were conducted at the UT Health Science Center by faculty in the Department of Psychiatry (Dr. Williamson) and Molecular Medicine (Chiou-Miin Wang, Ph.D.). The genetics work was made possible through the Core for Advanced Translational Technologies (CATT) directed by Dr. Williamson.

The University of Texas Health Science Center at San Antonio, one of the country's leading health sciences universities, ranks in the top 3 percent of all institutions worldwide receiving National Institutes of Health funding. The university's schools of medicine, nursing, dentistry, health professions and graduate biomedical sciences have produced more than 29,000 graduates. The $765 million operating budget supports eight campuses in San Antonio, Laredo, Harlingen and Edinburg. For more information on the many ways "We make lives better®," visit http://www.uthscsa.edu. 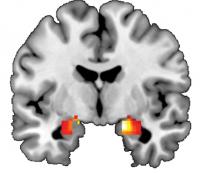