FORT LAUDERDALE/DAVIE, Fla. - The great white shark is one of the most recognized marine creatures on Earth, generating widespread public fascination and media attention, including spawning one of the most successful movies in Hollywood history. This shark possesses notable characteristics, including its massive size (up to 20 feet and 7,000 pounds) and diving to nearly 4,000 foot depths. Great whites are also a big conservation concern given their relatively low numbers in the world's oceans.

In a major scientific step to understand the biology of this iconic apex predator and sharks in general, the entire genome of the white shark has now been decoded in detail.

A team led by scientists from Nova Southeastern University's (NSU) Save Our Seas Foundation Shark Research Center and Guy Harvey Research Institute (GHRI), Cornell University College of Veterinary Medicine, and Monterey Bay Aquarium, completed the white shark genome and compared it to genomes from a variety of other vertebrates, including the giant whale shark and humans.

The findings are reported in the 'Latest Articles' section of the journal Proceedings of the National Academy of Sciences, USA.

Decoding the white shark's genome revealed not only its huge size - one-and-a-half times the size of the human genome - but also a plethora of genetic changes that could be behind the evolutionary success of large-bodied and long-lived sharks.

The researchers found striking occurrences of specific DNA sequence changes indicating molecular adaptation (also known as positive selection) in numerous genes with important roles in maintaining genome stability ¬¬- the genetic defense mechanisms that counteract the accumulation of damage to a species' DNA, thereby preserving the integrity of the genome.

These adaptive sequence changes were found in genes intimately tied to DNA repair, DNA damage response, and DNA damage tolerance, among other genes. The opposite phenomenon, genome instability, which results from accumulated DNA damage, is well known to predispose humans to numerous cancers and age-related diseases.

"Not only were there a surprisingly high number of genome stability genes that contained these adaptive changes, but there was also an enrichment of several of these genes, highlighting the importance of this genetic fine-tuning in the white shark," said Mahmood Shivji, Ph.D., director of NSU's Save Our Seas Foundation Shark Research Center and GHRI. Shivji co-led the study with Michael Stanhope, Ph.D., of Cornell University College of Veterinary Medicine.

Also notable was that the white shark genome contained a very high number of "jumping genes" or transposons, and in this case a specific type, known as LINEs. In fact this is one of the highest proportions of LINEs (nearly 30%) discovered in vertebrates so far.

"These LINEs are known to cause genome instability by creating double stranded breaks in DNA," said Stanhope. "It's plausible that this proliferation of LINEs in the white shark genome could represent a strong selective agent for the evolution of efficient DNA repair mechanisms, and is reflected in the positive selection and enrichment of so many genome stability genes."

The international research team, which also included scientists from California State University, Monterey Bay, Clemson University, University of Porto, Portugal, and the Theodosius Dobzhansky Center for Genome Bioinformatics, Russia, also found that many of the same genome stability genes in the white shark were also under positive selection and enriched in the huge-bodied, long-lived whale shark.

The discovery that the whale shark also had these key genome stability adaptations was significant because theoretically, the risk of developing cancer should increase with both the number of cells (large bodies) and an organism's lifespan - there is statistical support for a positive relationship of body size and cancer risk within a species. Interestingly, this does not tend to hold up across species.

Contrary to expectations, very large-bodied animals do not get cancer more often than humans, suggesting they have evolved superior cancer-protective abilities. The genetic innovations discovered in genome stability genes in the white and whale shark could be adaptations facilitating the evolution of their large bodies and long lifespans.

"Decoding the white shark genome is providing science with a new set of keys to unlock lingering mysteries about these feared and misunderstood predators - why sharks have thrived for some 500 million years, longer than almost any vertebrate on earth" said Dr. Salvador Jorgensen, a Senior Research Scientist at the Monterey Bay Aquarium, who co-authored the study.

But the innovations did not end there.

"We found positive selection and gene content enrichments involving several genes tied to some of the most fundamental pathways in wound healing, including in a key blood clotting gene," said Stanhope. "These adaptations involving wound healing genes may underlie the vaunted ability of sharks to heal efficiently from even large wounds."

The researchers say they have just explored the "tip of the iceberg" with respect to the white shark genome.

"Genome instability is a very important issue in many serious human diseases; now we find that nature has developed clever strategies to maintain the stability of genomes in these large-bodied, long-lived sharks," said Shivji. "There's still tons to be learned from these evolutionary marvels, including information that will potentially be useful to fight cancer and age-related diseases, and improve wound healing treatments in humans, as we uncover how these animals do it."

Decoding the white shark genome will also assist with the conservation of this and related sharks, many of which have rapidly declining populations due to overfishing," said Steven O'Brien, a conservation geneticist at NSU, who co-conceived this study. "The genome data will be a great asset for understanding white shark population dynamics to better conserve this amazing species that has captured the imagination of so many."

Be sure to sign up for NSU's RSS feed so you don't miss any of our news releases, guest editorials and other announcements. Please sign up HERE.

About Nova Southeastern University (NSU): Located in beautiful Fort Lauderdale, Florida, NSU is ranked among U.S. News & World Report's Top 200 National Research Universities and is a dynamic, private research university providing high-quality educational and research programs at the undergraduate, graduate, and first-professional degree levels. Established in 1964, NSU now includes 16 colleges, the 215,000-square-foot Center for Collaborative Research, a private JK-12 grade school, the Mailman Segal Center for Human Development with specialists in Autism, the world-class NSU Art Museum Fort Lauderdale, and the Alvin Sherman Library, Research and Information Technology Center, which is Florida's largest public library. NSU has campuses in Fort Lauderdale, Fort Myers, Jacksonville, Miami, Miramar, Orlando, Palm Beach, and Tampa, Florida, as well as San Juan, Puerto Rico, while maintaining a presence online globally. Classified as a research university with "high research activity" by the Carnegie Foundation for the Advancement of Teaching, NSU is one of only 50 universities nationwide to also be awarded Carnegie's Community Engagement Classification, and is also the largest private institution in the United States that meets the U.S. Department of Education's criteria as a Hispanic-serving Institution. For more information, please visit http://www.nova.edu.

About Cornell University College of Veterinary Medicine: The College seeks to lead, enable, and inspire others to attain a healthier world for animals and people. Consistently ranked among the top veterinary schools in the world, the college is a global leader in providing outstanding multidisciplinary clinical and diagnostic services as well as exemplary animal care. The college continuously produces a stream of scientific breakthroughs while also employing innovative, evidence-bases, learner-centered education to prepare students, veterinarians and scientist to assume vital roles in clinical, population and diagnostic veterinary medicine; scientific inquiry; local and global health and public policy.

About Monterey Bay Aquarium: The mission of the nonprofit Monterey Bay Aquarium is to inspire conservation of the ocean. It is the most respected public aquarium in North America, and an innovator in living exhibits, public programs and social media-engaging nearly two million visitors a year and millions more around the world. It is a leader in science education, creating programs for young people and the adults who guide them as it nurtures a new generation of science-literate, conservation-minded young people to tackle the environmental challenges of the 21st century. And it is an influential global voice for ocean conservation, combining active programs in marine science, with policy initiatives and public outreach to secure the future of the ocean. Its science is the foundation for the sustainable seafood movement worldwide, and integrated with its policy and outreach programs, is shaping a sustainable future for global fisheries and aquaculture. For more information, please visit montereybayaquarium.org. 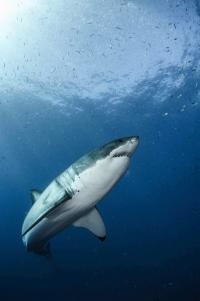 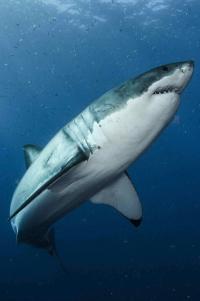