You could say Seattle came alive with more than an even flow of tourism dollars from a pair of highly-anticipated Pearl Jam concerts, according to rockin’ new research by West Virginia University economists.

The study, “Why Go Home? Pearl Jam’s ‘Home Shows’ & Hotel Demand,” was authored by Joshua Hall, chair and professor of economics, and Justin Parker, a 2020 Ph.D. economics graduate. It was published in the Annals of Tourism Research Empirical Insights.

“While many events that attract visitors do not create large economic impacts (sports, for example) because a portion of the attendees are local and thus just represent spending that would happen anyway, events can generate large impacts under the right conditions,” Hall said. “The Pearl Jam ‘Home Shows’ seem to be the perfect conditions.

“Baseball games are primarily visited by local fans. While there will be some out-of-area visitors who stay overnight, our data show they are small and do not shift demand enough to lead to a large increase in room prices and thus hotel revenue and taxes. The key difference is not between a concert and Mariners games, rather it is between events that draw people in from far away – thus requiring hotel nights – and events that mostly draw locals.”

Hall believed the timing of the concert – at summer’s end in early August – combined with a planned off-day between the two shows made it ideal for loyal fans wanting to combine a live music experience with a vacation. The shows marked Pearl Jam’s first in Seattle – their hometown – in five years and attracted fans from across the globe.

Every Pearl Jam show is also different than the one prior, so fans attending both were guaranteed a unique opportunity from each performance.

Hall and Parker found that the concerts, held Aug. 8 and 10, increased average daily room rates by as much as $144 a night and hotel occupancy to more than 90 percent.

One contributor to the Seattle economy was Hall himself, who attended the concerts with his wife, Sabrina, as part of their 20th wedding anniversary. The couple flew from Clarksburg to Seattle via Chicago, and the plane from Clarksburg was full with everyone wearing Pearl Jam apparel, Hall said.

“Then when I checked into the hotel, I chatted with the manager,” he said. “He told me that room rates got up to over $400 a night and that he thought everyone in the hotel was a Pearl Jam fan based on their clothing when they checked in. That made me think – based on what I knew about their ticketing system – that this would be the ideal conditions for large economic impacts.

“In the stands I saw and met people from all over the country and world - many international fans bring their country’s flags to hold up - which further led me to realize that I wanted to estimate the impact of these shows on hotel demand and hotel tax revenue.”

Hall added that research like this can inform policymakers’ decisions regarding permitting and other forms of public support for concerts and cultural events.

By contrast, some sporting events do not result in economic boosts for host cities. The City of Charlotte spent $330,000 on public safety surrounding the 2017 PGA Championship, although the event had no significant impact on hotel revenue and taxes, according to one study. Meanwhile, the City of Seattle estimates each World Cup 2026 game hosted will cost $1.32 million for security. Hall projects the city will only be able to recoup those costs through the hotel tax if most attendees are from outside Seattle.

“Given the uniqueness of Pearl Jam the band and the ‘Home Shows,’ we argue that this case presents an upper bound of what an event designed to attract tourists can have on hotel demand,” Hall said. “Tourism, and consequently hotel demand, are a key component of the economic development strategy of many cities.” 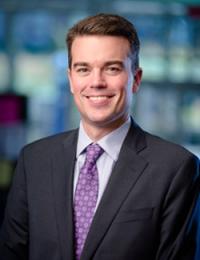