A new study on greenhouse gas emissions from oil palm plantations has calculated a more than 50% increase in levels of CO2 emissions than previously thought – and warned that the demand for 'green' biofuels could be costing the earth.

The study from the University of Leicester was conducted for the International Council on Clean Transportation, an international think tank that wished to assess the greenhouse gas emissions associated with biodiesel production. Biodiesel mandates can increase palm oil demand directly (the European Biodiesel Board recently reported big increases in biodiesel imported from Indonesia) and also indirectly, because palm oil is the world's most important source of vegetable oil and will replace oil from rapeseed or soy in food if they are instead used to make biodiesel.

The University of Leicester researchers carried out the first comprehensive literature review of the scale of greenhouse gas emissions from oil palm plantations on tropical peatland in Southeast Asia. In contrast to previous work, this study also provides an assessment of the scientific methods used to derive emissions estimates.

They discovered that many previous studies were based on limited data without appropriate recognition of uncertainties and that these studies have been used to formulate current biofuel policies.

The findings have been published as an International White Paper from the ICCT.

Ross Morrison, of the University of Leicester Department of Geography, said: "Although the climate change impacts of palm oil production on tropical peatland are becoming more widely recognised, this research shows that estimates of emissions have been drawn from a very limited number of scientific studies, most of which have underestimated the actual scale of emissions from oil palm. These results show that biofuels causing any significant expansion of palm on tropical peat will actually increase emissions relative to petroleum fuels. When produced in this way, biofuels do not represent a sustainable fuel source".

Dr Sue Page, Reader in Physical Geography at the University of Leicester, added: "Tropical peatlands in Southeast Asia are a globally important store of soil carbon – exceeding the amount stored in tropical forest vegetation. They are under enormous pressure from plantation development. Projections indicate an increase in oil palm plantations on peat to a total area of 2.5Mha by the year 2020 in western Indonesia alone –an area equivalent in size to the land area of the United Kingdom."

Growth in palm oil production has been a key component of meeting growing global demand for biodiesel over recent decades. This growth has been accompanied by mounting concern over the impact of the oil palm business on tropical forests and carbon dense peat swamp forests in particular. Tropical peatland is one of Earth's largest and most efficient carbon sinks. Development of tropical peatland for agriculture and plantations removes the carbon sink capacity of the peatland system with large carbon losses arising particularly from enhanced peat degradation and the loss of any future carbon sequestration by the native peat swamp forest vegetation.

The results of the Leicester study are important because an increase in the greenhouse gas emissions associated with biodiesel from palm oil, even if expansion on peat only occurs indirectly, will negate any savings relative to the use of diesel derived from fossil fuel.

If these improved estimates are applied to recent International Food Policy Research Institute modelling of the European biofuel market , they imply that on average biofuels in Europe will be as carbon intensive as petrol , with all biodiesel from food crops worse than fossil diesel and the biggest impact being a 60% increase in the land use emissions resulting from palm oil biodiesel. Bioethanol or biodiesel from waste cooking oil, on the other hand, could still offer carbon savings.

This outcome has important implications for European Union policies on climate and renewable energy sources.

Dr Sue Page said: "It is important that the full greenhouse gas emissions 'cost' of biofuel production is made clear to the consumer, who may otherwise be mislead into thinking that all biofuels have a positive environmental impact. In addition to the high greenhouse gas emissions associated with oil palm plantations on tropical peatlands, these agro-systems have also been implicated in loss of primary rainforest and associated biodiversity, including rare and endangered species such as the orang-utan and Sumatran tiger.

"We are very excited by the outcomes of our research - our study has already been accepted and used by several scientists, NGOs, economists and policy advisors in Europe and the USA to better represent the scale of greenhouse gas emissions from palm oil biodiesel production and consumption.

"The findings of this research will be used by organisations such as the US Environmental Protection Agency, European Commission and California Air Resources Board to more fully account for greenhouse gas emissions and their uncertainties from biofuel produced from palm oil. This is essential in identifying the least environmentally damaging biofuel production pathways, and the formulation of national and international biofuel and transportation policies."

Dr Chris Malins of the ICCT said, "Peat degradation under oil palm is a major source of emissions from biodiesel production. Recognising that emissions are larger than previously thought will help regulators such as the US Environmental Protection Agency (EPA), European Commission (EC) and California Air Resources Board (CARB) identify which biofuel pathways are likely to lead to sustainable greenhouse gas emissions reductions".

The research was funded by the International Council on Clean Transportation (ICCT), an international think-tank made up of representatives from the world's leading vehicle manufacturing nations. The research was commissioned by Dr Chris Mallins of the ICCT and led by Dr Susan Page and Ross Morrison, both of the Department of Geography, University of Leicester. Other contributors to the work were Professor Jack Rieley of the University of Nottingham and chair of the scientific advisory board of the International Peat Society (IPS), Dr Aljosja Hooijer of Deltares in the Netherlands, and Dr Jyrki Jauhiainen of the University of Helsinki. The research was conducted over a period of three months during spring of this year and has recently been published as an International White Paper by the ICCT. 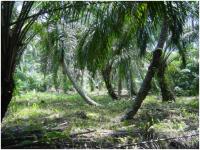 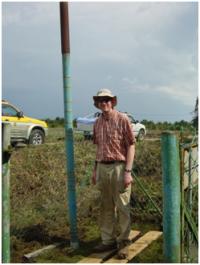