COLLEGE PARK, Md. - Two rare meteorites found in Antarctica two years ago are from a previously unknown, ancient asteroid with an outer layer or crust similar in composition to the crust of Earth's continents, reports a research team primarily composed of geochemists from the University of Maryland.

Published in the January 8 issue of the journal Nature, this is the first ever finding of material from an asteroid with a crust like Earth's. The discovery also represents the oldest example of rock with this composition ever found.

These meteorites point "to previously unrecognized diversity" of materials formed early in the history of the Solar System, write authors James Day, Richard Ash, Jeremy Bellucci, William McDonough and Richard Walker of the University of Maryland; Yang Liu and Lawrence Taylor of the University of Tennessee and Douglas Rumble III of the Carnegie Institution for Science.

"What is most unusual about these rocks is that they have compositions similar to Earth's andesite continental crust -- what the rock beneath our feet is made of," said first author Day, who is a research scientist in Maryland's department of geology. "No meteorites like this have ever been seen before."

Day explained that his team focused their investigations on how such different Solar System bodies could have crusts with such similar compositions. "We show that this occurred because of limited melting of the asteroid, and thus illustrate that the formation of andesite crust has occurred in our solar system by processes other than plate tectonics, which is the generally accepted process that created the crust of Earth."

The two meteorites (numbered GRA 06128 and GRA 06129) were discovered in the Graves Nunatak Icefield during the US Antarctic Search for Meteorites (ANSMET) 2006/2007 field season. Day and his colleagues immediately recognized that these meteorites were unusual because of elevated contents of a light-colored feldspar mineral called oligoclase. "Our age results point to these rocks being over 4.52 billion years old and that they formed during the birth of the Solar System. Combined with the oxygen isotope data, this age points to their origin from an asteroid rather than a planet," he said.

There are a number of asteroids in the asteroid belt that may have properties like the GRA 06128 and GRA 06129 meteorites including the asteroid (2867) Steins, which was studied by the European Space Agency's Rosetta spacecraft during a flyby this past September. These so-called E-type asteroids reflect the Sun's light very brightly, as would be predicted for a body with a crust made of feldspar.

According to Day and his colleagues, finding pieces of meteorites with andesite compositions is important because they not only point to a previously unrecognized diversity of Solar System materials, but also to a new mechanism to generate andesite crust. On the present-day Earth, this occurs dominantly through plates colliding and subduction - where one plate slides beneath another. Subduction forces water back into the mantle aiding melting and generating arc volcanoes, such as the Pacific Rim of Fire - in this way new crust is formed.

"Our studies of the GRA meteorites suggest similar crust compositions may be formed via melting of materials in planets that are initially volatile- and possibly water-rich, like the Earth probably was when if first formed" said Day." A major uncertainty is how evolved crust formed in the early Solar System and these meteorites are a piece in the puzzle to understanding these processes."

Scientists publish first ever evidence of asteroids with Earth-like crust 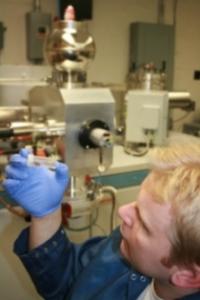 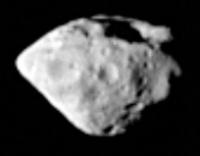