A trove of Benjamin Franklin letters has turned up in the British Library. Discovered by University of California, San Diego professor Alan Houston, the letters are copies of correspondence that hasn't been seen in more than 250 years.

All dating from the spring and summer of 1755, the 47 letters by, to and about Franklin are in the hand of one Thomas Birch, a contemporary of Franklin's who was a prodigious – almost inveterate – compiler and transcriber of historical documents.

They are being published for the first time in the April issue of the William and Mary Quarterly.

The letters concern Franklin's involvement in the first phase of the French and Indian War, specifically General Edward Braddock and what Franklin later called the "wagon affair."

The French and Indian War is the North American chapter of The Seven Years' War. The most important colonial war between Great Britain and France, it resulted, by 1763, in the French loss of most of its colonial possessions in the New World. But in 1755 that eventual outcome was not at all clear. Following George Washington's defeat at Fort Necessity the previous year, imperial authorities dispatched one of their top commanders, General Braddock, to regain control of the frontier. Braddock landed in Virginia, tasked with capturing France's Fort Duquesne in what is today Pittsburgh. He had been promised, by Virginia and Maryland, 2,500 horses and 250 wagons for his 250-mile overland march. Instead, he received only 20 wagons and 200 horses and exploded in anger. Benjamin Franklin arrived just in the nick of time, offering to arrange the help of Pennsylvania farmers. Franklin was successful. Braddock, less so: The general died in a surprise attack just a few miles shy of the fort. About 1,000 of his 1,500 men in the field were killed or wounded.

Houston, professor of political science at UC San Diego, was working on his latest book, "Benjamin Franklin and the Politics of Improvement" (Yale University Press, 2008), when he discovered the new letters.

It was Houston's last day on his last scheduled trip to England. (He had been tempted, he said, to join friends for some R&R, but his "Protestant work ethic" won out and he dutifully trudged over to the library.) The last document he asked to see in the Manuscripts Reading Room of the British Library was catalogued as "Copies of Letters relating to the March of General Braddock" by Thomas Birch.

Birch was a colorful figure and an important man in his own right – a member of the Society of Antiquaries of London and secretary of the Royal Society from 1752 to 1765– but he "doesn't show up in any of the biographies on Franklin," Houston said.

Houston wasn't looking for traces of Franklin in Birch's handiwork – which numbers an astonishing 400-plus volumes in the British Library. Rather, he was combing the archives for documents that might shed light on political and economic dimensions of the Seven Years' War. When he saw the innocently titled catalogue item, he thought, "it's late, but I'll take a quick glance before I leave."

"I knew almost instantly what I was looking at," said Houston, who specializes in the history of political thought. "Franklin refers to a book of letters concerning the 'wagon affair' in his 'Autobiography,' but no one has ever seen it. Like others, I assumed that it had had not survived."

He could hardly sit still, Houston recalls, and maintain the decorum appropriate to the august library. He quickly checked "The Papers of Benjamin Franklin," Yale University's definitive edition of Franklin's writings. On finding no references to these materials, Houston dashed out to make a middle-of-the-night call to his wife across the Atlantic.

Houston had uncovered individual letters and documents by Franklin before but, he says, "this was a find of a different order of magnitude, the kind that happens only once in a lifetime."

Scott Casper, visiting editor of the William and Mary Quarterly and professor of American history at the University of Nevada, Reno, said, "'The Papers of Benjamin Franklin' has done a remarkable job of collecting Franklin material so it is astonishing to find such a cache of previously unseen letters.

"It is one thing," Casper said, "to find a single letter, but to find a whole conversation is stunning."

"It's a really great story," he said, "that a diligent scholar who knows what he's looking at can find what nobody saw."

In his WMQ essay, "Benjamin Franklin and the 'Wagon Affair' of 1755," Houston documents the relationship between Birch and Franklin. Birch probably copied Franklin's letters in 1757 or 1758, soon after the American arrived in London.

The manuscript is incomplete – Birch copied parts of letters as often as he copied them whole – but it is in remarkably good condition, Houston said. It includes letters to and from Franklin's son William; letters to and from Braddock or his secretary, William Shirley Jr.; a letter to Franklin's wife, Deborah; and a letter from the governor of Massachusetts, William Shirley Sr.

According to the WMQ's Casper, the letters add substance and color to our understanding of the period: "This is not only important to Ben Franklin scholarship," he said, "but also illuminates an important part of American history."

Houston writes in the WMQ that the newly discovered Franklin material reveals new details of the "wagon affair." It was much harder, for example, to obtain wagons and horses than previously believed. The traditional story, encouraged by Franklin's own account in his "Autobiography," is that virtuous Pennsylvania farmers gamely stepped up to the cause. But the situation was much more complex, Houston says. Some farmers had to be threatened or cajoled; others calculated that they could command a higher price by withholding their wagons and making Braddock even more desperate for their help. Alcohol fueled bitter conflicts, and William Franklin, acting as his father's agent in the "affair," feared for his own safety.

Similarly, Franklin's "Autobiography" suggests that he helped supply British junior officers with sugar, cheese, rum and raisins out of simple compassion. We now know, Houston said, that Braddock's officers behaved badly, commandeering food and horses as they marched. Easing the lives of officers was a clever way of bringing relief to put-upon Pennsylvanians.

A macabre detail about Braddock's catastrophic campaign also emerges: The much smaller contingent of French and Indians was so unexpectedly successful that they ran out of ammunition and resorted to using coins and buttons. Because the defeat was seen as not only shocking but also ignominious, this news was relayed, Houston said, in a "hush-hush tone."

On an entirely different note, a letter from Franklin to Deborah reveals a smidge more marital warmth, said Houston, "than is often allowed."

"Finally," writes Houston, "the sheer existence of these letters, sitting quietly on the shelves of the British Library for nearly 250 years, poses a tantalizing question. Franklin spent 18 years – more than 20 percent of his life – in the United Kingdom. How many other treasures await to be found?"

The William and Mary Quarterly 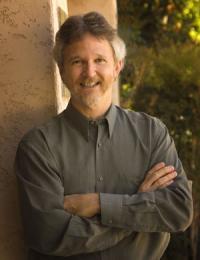