How to distribute resources between different individuals and groups is one of the basic dilemmas of social life. All known surplus-producing societies are organised as social hierarchies where some groups of people have more resources and better opportunities and life conditions than other groups. Some societies, such as the Indian caste-system, are strongly hierarchical, others like the Nordic welfare states less so. Yet, even in Scandinavia some groups - like ethnic Danes or Norwegians - hold higher status than other groups such as immigrants and refugees.

The question is how societal hierarchies stabilise and arise.

The greater societal inequality, the larger motives for dominance

Researchers from Norway (University of Oslo), Denmark (Aarhus University), New Zealand (Victoria Wellington University) and the US (Harvard University) have conducted an investigation into the association between societal inequality and instability and psychological motives for group dominance with about 45,000 persons across 27 nations and 30 American states.

The result is clear: The greater the societal inequality and instability, the more the groups on top of society tend to support a hierarchy between groups, protecting their own privileged status.

"What we see is a self-fulfilling process where greater societal inequality motivates the group at the top to use even violent means to maintain such inequality. This, in turn, may lead to even more inequality and even extremist violence. This results in a vicious circle," says the senior author of the study, Lotte Thomsen, associate professor in psychology, University of Oslo, Norway and in political science at Aarhus BSS, Aarhus University, Denmark.

Even though you are at considerable disadvantage when positioned at the bottom of the hierarchy and denied access to important resources of territory, food, and mates, as a single individual you may nevertheless be better off by staying out of costly dominance conflicts you are bound to lose anyway. As a consequence, more or less stable dominance hierarchies will arise where some have more and some have less than others.

The researchers compared the participants' answers to questions about their support for hierarchy versus equality between groups with macro-indicators from the UN, the World Bank and Reporters Without Borders, among others.

"We see a clear association across 27 countries" says first-author Jonas Kunst, who is a postdoctoral fellow in psychology, University of Oslo and in political science, Aarhus University.

The greater the societal inequality is, the greater is the average social dominance orientation (SDO) among members of the dominant group in the country. The social dominance orientation of the population is systematically higher in countries that score worse on macro-indicators for the risk of violent conflicts, absence of good governance (such as corruption and lack of the rule of law), lack of social progress in terms of meeting the basic needs of the population and providing access to health care and education, lack of democracy, lack of a free press, and lack of gender equality.

Violent persecution of immigrants, racism and sexism are among the consequences

In the second part of the study, the researchers again asked more than 4,000 white American citizens across 30 US states whether they support hierarchy or equality between different groups of people. They also asked questions about racism, sexism, and whether respondents would be willing to participate in the ethnic persecution of immigrants.

"This is a pretty extreme and almost right-wing extremist measure. We simply asked people to imagine that the government decides to outlaw immigrant organizations in the future and then asked each participant if they would inform the police of any members of immigrant organizations that they knew of, whether they would participate in hunting down immigrants and in attacks on immigrant headquarters, and whether they would support the use of physical force and execution of immigrant leaders", says Lotte Thomsen.

Again, the researchers found a systematic association with large-scale societal structure. Using the gini-coefficient to measure the degree of economic inequality and the US Peace index to indicate presence of violence in each state, they found that both predicted the dominance motives among individual participants. That is, white Americans somehow seemed to tune their psychological dominance motives to the degree of economic inequality and violence in the specific US state where they lived.

"This is quite serious, because we know that psychological group dominance motives are related to greater racism, sexism, and willingness to participate in violence against other groups. Our study also demonstrated these associations", says Jonas Kunst.

"The end result may be a vicious circle of inequality and violence. Because economic inequality is increasing in many parts of the world, this is an important cause for concern," says Lotte Thomsen.

The vicious circle of inequality 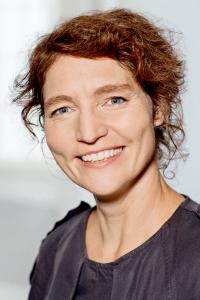 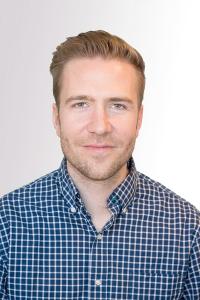