Oxygen is highly reactive. It accumulates on many surfaces and determines their chemical behavior. At the Vienna University of Technology, scientists study the interaction between oxygen and metal oxide surfaces, which play an important role in many technical applications - from chemical sensors and catalysts to electronics.

However, it is extremely difficult to study oxygen molecules on the metal oxide surface without altering them. At TU Wien, this has now been achieved with a special trick: a single oxygen atom is attached to the tip of an atomic force microscope and then it is gently guided across the surface. The force between the surface and the oxygen atom is measured, and an image is taken with extremely high resolution. The results have now been published in the journal PNAS.

"In recent years, quite a bit of research has been done on how oxygen attaches to metal oxide surfaces," says Prof. Martin Setvin from the Institute of Applied Physics at TU Wien. "Do O2 molecules remain intact, or are they broken down into single atoms? Or could it be possible that so-called tetraoxygen forms, a complex of four atoms? Such questions are important to understand chemical reactions on the metal oxide surface."

Unfortunately, it is not easy to take a picture of these atoms. Scanning tunneling microscopes are often used to image surfaces atom by atom. A fine tip is passed over the sample at an extremely short distance, so that individual electrons can pass between the sample and tip. The tiny electrical current that results is measured. However, this method cannot be used for oxygen molecules - they would become electrically charged and completely change their behavior.

The Vienna scientists used an atomic force microscope instead. Here too, a thin tip is moved across the surface. In this case, no current flows, but the force that acts between the tip and the surface is measured. A special trick was decisive - the functionalization of the tip: "A single oxygen atom is first captured by the tip of the atomic force microscope and then moved across the surface," explains Igor Sokolovic. The oxygen atom thus serves as a highly sensitive probe to examine the surface point by point.

"This functionalization of the tip by placing a very specific atom on it has been developed in recent years, and we are now showing for the first time it can be applied to metal oxide surfaces," says Setvin.

"The titanium oxide surfaces that we examine in this way are a prototype case to put this method to test," explains Martin Setvin. "But the insights that we gain from our experiments also apply to many other materials." Microscopy with a functionalized tip in an atomic force microscope is a versatile method for imaging a surface structure with atomic resolution without destruction and without electronic change.

How to gently caress atoms 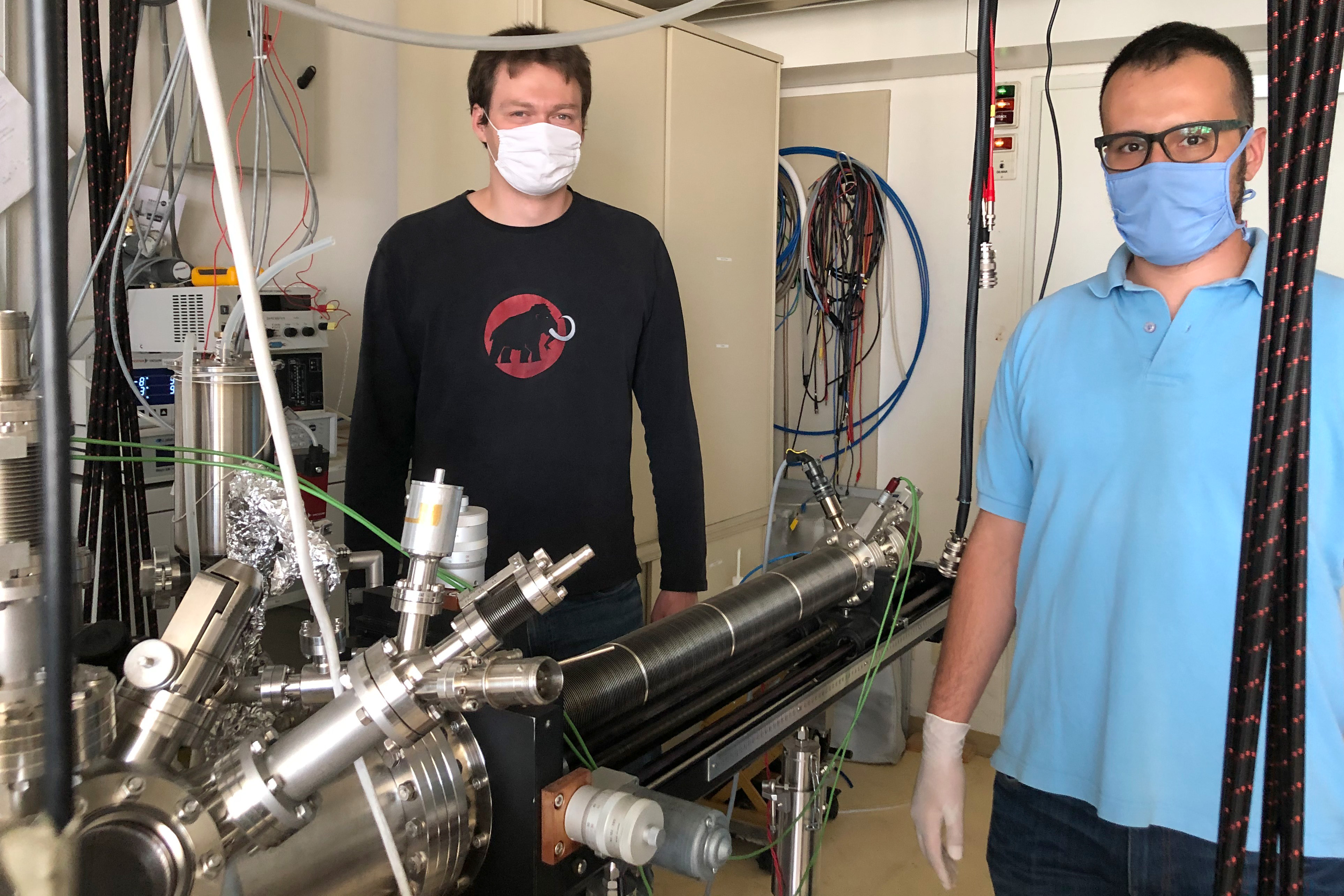