Ethiopian runner Abebe Bikila made history when he earned a gold medal at the 1960 Summer Olympics in Rome. His speed and agility won him the gold, but it was barefoot running that made him a legend.

When the shoes Bikila was given for the race didn't fit comfortably, he ditched them for his bare feet. After all, that's the way he had trained for the Olympics in his homeland.

Racing shoeless led to success for Bikila, and now, more than 50 years later, runners are continuing to take barefoot strides. Several Olympic runners have followed Bikila and nationally the trend has exploded over the past decade. There's even a national association dedicated to barefoot running. However, scientists are stuck on whether it either prevents or increases injuries.

"Bikila may have been on to something," said Carey Rothschild, an instructor of physical therapy at the University of Central Florida in Orlando who specializes in orthopedic sports injuries. "The research is really not conclusive on whether one approach is better than the other. But what is clear is that it's really a matter of developing a good running form and sticking to it, not suddenly changing it."

Rothschild, a 12-year runner who has completed the Boston Marathon three times, reviewed research and found injuries happened with or without shoes. So she conducted a survey with the help of the Track Shack in Orlando to get to the bottom of the controversy.

What she found was striking.

Most people said they turned to barefoot running in the hopes of improving performance and reducing injuries. Ironically, those who said they never tried it avoided it for fear it would cause injuries and slow their times.

However, research shows that there are risks to running no matter what someone puts on his or her feet.

Barefoot runners tend to land on their mid or forefoot as opposed to the heel, which good athletic shoes try to cushion.

Some studies suggest that barefoot running causes a higher level of stress fractures on the front part of the foot and increased soreness in the calves. But runners who wear athletic shoes can also suffer everything from knee injuries to hip problems, related to repeated stress from impact forces at the heel.

"There is no perfect recipe," said Rothschild, a resident of Winter Park.

In a paper publishing in the August edition of the Journal of Strength And Conditioning, Rothschild reviews the research and provides a guide for those who want to explore barefoot running as a way to train for marathons. It's a 10-12 week program that slowly eases people who run in shoes onto their bare feet.

She suggests getting a thorough physical examination and biomechanical assessment from a physical therapist or other trained professional so that strength and flexibility deficits can be identified and addressed first. That should be done before gradually transitioning to bare feet.

"The bottom line is that when a runner goes from shoes to no shoes, their body may not automatically change its gait," Rothschild said. "But there are ways to help make that transition smoother and lower the risk of injuries."

The researcher concludes that barefoot running in and of itself is neither good nor bad. As with running in shoes, proper training and conditioning are essential.

However, Rothschild does offer a warning.

Anyone with lower extremity or deformity or with a disease that creates a lack of sensation on the feet should probably avoid barefoot running because they can't necessarily feel injuries resulting from running on hard surfaces.

UCF Stands For Opportunity --The University of Central Florida is a metropolitan research university that ranks as the second largest in the nation with more than 58,000 students. UCF's first classes were offered in 1968. The university offers impressive academic and research environments that power the region's economic development. UCF's culture of opportunity is driven by our diversity, Orlando environment, history of entrepreneurship and our youth, relevance and energy. For more information visit http://news.ucf.edu

The Journal of Strength and Conditioning Research

The Olympics and bare feet: What have we learned?

Journal
The Journal of Strength and Conditioning Research 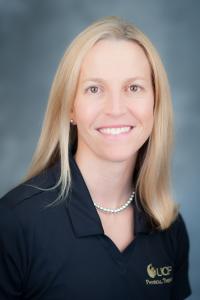