HOUSTON -- Although metastatic castration-resistant prostate cancer (mCRPC) typically has limited response to immunotherapy, a subset of patients with pretreatment evidence of active T-cell responses in their tumors experienced prolonged survival after following treatment with ipilimumab in a Phase II trial at The University of Texas MD Anderson Cancer Center.

The results, published today in Science Translational Medicine, suggest that certain patients with mCRPC may benefit from immune checkpoint inhibitors and provide biomarkers for identifying this subgroup.

"Our results indicate that immune checkpoint blockade can instigate T-cell responses to tumor neoantigens despite a low tumor mutational burden in prostate cancer," said lead author Sumit Subudhi, M.D., Ph.D., assistant professor of Genitourinary Medical Oncology. "We found specific markers among a subset of patients with the greatest benefit, such as T-cell density and interferon-γ signaling, that may help improve our ability to select patients for treatment with checkpoint blockade."

Cancers with the strongest responses to immune checkpoint inhibitors, such as melanoma or lung cancer, tend to have high levels of underlying gene mutations, which leads to production of mutation proteins, or neoantigens, that can be recognized as abnormal by the immune system. Prostate cancers have relatively low mutation levels and fewer neoantigens present.

However, small groups of mCRPC patients within larger Phase III trials have seen favorable outcomes to checkpoint inhibitors, explained Subudhi, which drove the researchers to ask whether effective immune responses could be stimulated by checkpoint blockade in tumors with low mutation levels.

To investigate this question, the research team launched the Phase II trial in collaboration with MD Anderson's immunotherapy platform, which is co-led by corresponding author Padmanee Sharma, M.D., Ph.D., professor of Genitourinary Medical Oncology and Immunology. The platform is part of the institution's Moon Shots Program®, a collaborative effort to accelerate the development of scientific discoveries into clinical advances that save patient's lives.

The trial enrolled 30 MD Anderson patients with mCRPC between January 2015 and May 2018. Of those, 29 received at least one dose of ipilimumab and were able to be included in the final analysis. Median follow-up after the first treatment was 45.5 months.

Across all patients, median progression-free survival (PFS) according to radiographic imaging was 3 months, and median overall survival (OS) was 24.3 months. Eight patients (28%) experienced grade 3 toxicities, the most common of which were dermatitis and diarrhea, and none experienced grade 4 or 5 toxicities.

By comparing pretreatment samples from these two cohorts, the researchers identified markers associated with improved responses to checkpoint blockade. Those in the "favorable" cohort had a higher density of cytotoxic and memory T cells in the tumor as well as increased expression of interferon (IFN)-γ signaling.

"We were encouraged to see that prostate cancers with a low mutational burden do in fact express neoantigens that elicit T-cell responses that lead to favorable clinical outcomes," said Sharma. "Our findings indicate that anti-CTLA-4 immune checkpoint therapy warrants additional studies in order to develop treatment strategies that may improve survival of patients with metastatic prostate cancer."

Moving forward, the authors plan to investigate this question in larger, multi-institutional studies to validate the findings of the current trial.

The research was supported in part by the immunotherapy platform and the Prostate Cancer Moon Shot®, both part of MD Anderson's Moon Shots Program. The research also was supported by: Bristol Myers Squibb, the Stand Up To Cancer-Cancer Research Institute Immunology Dream Team Translational Research Grant, the Prostate Cancer Foundation Young Investigator Award, and the National Cancer Institute (CA1633793, P30CA016672). Padmanee Sharma and James Allison are members of the Parker Institute for Cancer Immunotherapy at MD Anderson.

Chang-Jiun Wu, Ph.D., Jianhua Zhang, Ph.D., and Andrew Futreal, Ph.D., all of Genomic Medicine; and Jim Allison, Ph.D., of Immnology and the immunotherapy platform. A full list of the authors' disclosures can be found with the full paper here. 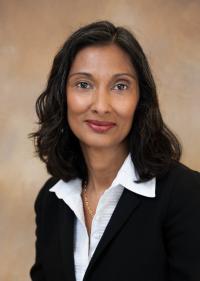