We observe water vapor condensing into liquid droplets on a daily basis, be it as dew drops on leaves or as droplets on the lid of a cooking pot. Since the work of Dutch physicist J.D. van der Waals in the 19th century, condensation has been understood to result from attractive forces between the molecules of a fluid.

Now, an international team of researchers has discovered a new mechanism of condensation: Even if they don't attract each other, self-propelled particles can condense by turning toward dense regions, where they accumulate. The study was published in Nature Physics.

"It's like if cars steered toward crowded areas and made the crowd even bigger," explained Steve Granick, director of the IBS Center for Soft and Living Matter in Ulsan, South Korea. Self-propelled particles have internal engines that allow them to move on their own. Examples include bacteria, mammalian cells, and even humans. Systems of self-propelled particles are an example of active matter -- a growing field of research.

In the past decade, researchers have sought to understand condensation, or liquid-gas phase separation, in active matter. Early work revealed that, unlike passive fluid molecules, self-propelled particles can condense even if they do not attract each other.

Previous work showed that "motile particles collide with one another and get stuck in the collision for a while, allowing other particles to join in and create a traffic jam," said Ricard Alert, a postdoctoral research fellow at the Princeton Center for Theoretical Science and one of the new study's co-first authors.

"In these systems, the particles separate into two phases: dense clusters where they can barely move, and a dilute gas where they move fast," explained Ned Wingreen, Princeton University's Howard A. Prior Professor in the Life Sciences.

In the new work, the research team studied self-propelled particles synthesized in the lab. "We took microscopic glass spheres and we coated one hemisphere with a thin metallic layer," explained Jie Zhang, a postdoctoral research fellow at the University of California at Santa Barbara, USA, and a co-first author of the study.

The particles have a glass face and a metallic face; they are known as Janus particles in honor of the two-faced Roman god.

"Rather than jammed, the clusters were teeming with particles that continuously moved in and out," Zhang said. "This finding was both exciting and intriguing."

The observation meant that slower motion of particles in clusters could not explain condensation in this case, which prompted the team to develop a theory for the collective behavior of active Janus particles. The team discovered that, rather than getting stuck like in a traffic jam, particles rotate toward dense areas. The particles reorient and then self-propel toward the crowd.

"This is a new mechanism of condensation that is based on how particles reorient each other," said Alert. "This finding brings a new idea into the field, showing that not only forces but also torques can produce condensation and liquid-gas phase separation."

The new mechanism allows particles to keep moving even in dense clusters. The researchers are therefore hopeful that their findings will guide future work to self-assemble dynamic groups of active agents, from microscopic particles to humans and robots, that rapidly enter and exit a cluster.

"Such a fast turnover might prove useful as a strategy for an efficient exchange of information between individuals in a group," Granick said.

Condensing by turning toward the crowd 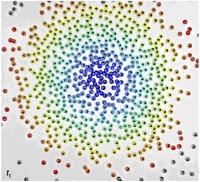 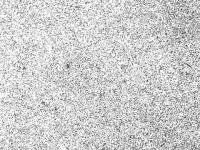