Americans want self-respect, and that desire has risen significantly in the last two decades, say marketing researchers at the University of Oregon. Meanwhile, the needs for both security and a sense of belonging have declined in the last 30 years.

In the world of marketing and advertising, the findings indicate that people have shifted from a desire of gaining what they don't have (deficit values) to strengthening what they may already have (excess values). That conclusion -- based on data compiled from web-based surveys in 2007 and compared to nearly identical surveys conducted in 1976 and 1986 -- was published in a recent issue of the Journal of Advertising Research.

"Research on advertising effectiveness has shown that advertisements that connect to people's core values are more effective than ones that don't," said Lynn R. Kahle, the Ehrman V. Giustina Professor of Marketing in the UO's Lundquist College of Business. "If you keep questioning people on why they buy something, before very long you will get to a core social value. We find that understanding these core values is the basic reason that people buy certain brands of products."

Self-respect also was a leading core value for most of people in previous surveys. Since 1976, self-respect has risen from the top pick by 21.1 percent of all respondents to 28.8 percent in 2007. Also rising fast was "warm relationships with others," from 16.2 percent to 20.9 percent since 1976. And the popularity of "fun-enjoyment-excitement" more than doubled as a top choice, from 4.5 percent to 9.3 percent.

"Security and sense of belonging decreased in importance since 1986," said the new study's lead author Eda Gurel-Atay, a doctoral student working with Kahle. "Security has been decreasing a lot in importance. We found this surprising because people were talking about security all the time, such as in relationship to 9/11 and economic issues as well as Hurricane Katrina. We found that people want respect for themselves and they want to be important to other people. Knowing this is important because, as marketers or advertisers, we can come up with strategies that are most useable to our audience and to our products."

The rapid emergence of social media, not factored into the study, may help to explain the shift in social values. On the other hand, the nation's recession may have put the value of security back on people's radar screen, the researcher said.

"That's one of the challenges here," Kahle said. "What we have is a description of how the values have changed, but what we don't have is a lot of deep understanding as to why that is. It's up to social commentators to speculate on why these changes might have occurred. How values have changed is the science of it. The poetry of it is why."

Gurel-Atay said social connections have become more important because of social networking. "Without Facebook, for instance, we might not contact our friends from primary school or others from years ago, but now we can connect with them, talk to them, share our experiences, tell them what we have done. That phenomenon may help a lot in explaining the increase in the importance of 'warm relationships with others,' but this study did not look directly at such influences."

Kahle said it's possible that people in recent years have obtained more of what they want, "that their value fulfillment has increased over this time period." Perhaps, he added, on a value level Americans are better off than they were a generation ago.

The choice of self-respect rose as the top core value for all participants except for those who had less than high-school educations. For them, self-respect dropped from a top choice of 21.9 of respondents in 1976 to 11.4 percent in 2007. Security rose by a 2.3 percentage points to 28.6 percent for this group, and warm relationships with others also rose, from 14 percent to 22.9 percent.

Co-authors with Gurel-Atay and Kahle on the study, which appeared in March, were former UO doctoral student Guang-Xin Xie, now of the University of Massachusetts, Boston, and UO graduate teaching fellow Johnny Chen.

The University of Oregon is a world-class teaching and research institution and Oregon's flagship public university. The UO is a member of the Association of American Universities (AAU), an organization made up of the 63 leading public and private research institutions in the United States and Canada. The UO is one of only two AAU members in the Pacific Northwest.

Americans want self-respect, more than ever 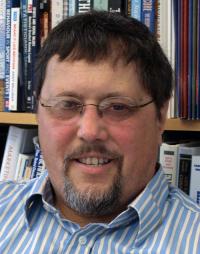