Material scientists at Ruhr-Universität Bochum are able to determine if a new material remains stable under temperature load within the space of a few days. They have developed a novel process for analysing, for example, the temperature and oxidation resistance of complex alloys that are made up of a number of different elements. Previously, such analyses used to take months. The team headed by Prof Dr Alfred Ludwig and Dr Yujiao Li from the Institute for Materials and Center for Interface-Dominated High Performance Materials describes the process in the journal "Materials Horizons".

This method is ideally suited for so-called high-entropy alloys - materials that have recently been of great interest to researchers. Unlike traditional alloys, they do not consist of one main element and several additional elements in lower concentrations, but rather of a homogenous mixture of several elements.

"These alloys constitute a new resource for new materials. With an almost unlimited number of different material combinations, it is quite likely that materials will be discovered that surpass current materials with regard to certain properties," says Ludwig. The decisive factor is that the alloys remain stable and do not disintegrate into individual components even if they are exposed to thermal or chemical stress during application. "This is why this method is so important," adds Ludwig. "It can be used for testing potential candidates on the atomic scale within a short space of time."

Combination of methods is the key

Prior to deployment in industrial applications, any newly developed material has to be tested with regard to different parameters, for example its temperature resistance and oxidation sensitivity. In order to accelerate these tests, the groups from Bochum have developed a combination of several methods.

They applied the complex alloy as a layer with a thickness of merely a few nanometres to 36 microscopically small tips. For this purpose, they deployed the sputter deposition method to deposit a specific mixture ratio of five metals to the tips simultaneously. In the thus applied layers, the metals can react with each other very quickly. The authors refer to the system as combinatorial processing platform.

Subsequently, the researchers exposed the individual tips to different types of stress and used Atom Probe Tomography to characterise the composition of the layer after each stress exposure. The technology facilitates both a three-dimensional visualisation of millions of atoms and the distinction between different elements.

Atom Probe Tomography destroys the sample in the spot where it was tested; consequently, at least one coated tip is used up per measurement. However, as they had 36 identical tips at their disposal, the researchers were able to perform many tests in close succession.

Option to test for different properties

In the first step, for example, they applied heat to the sample until it reached a certain temperature; then they used the atom probe to test what effect thermal stress had on the alloy, applied heat once again to reach a higher temperature, tested the alloy again etc. "Using this method, we can very quickly tell that the analysed alloy disintegrates into several different phases at temperatures above 300 degrees centigrade," says Ludwig. "Moreover, we are able to explore its oxidation sensitivity and reactions in different ambient media." Based on the comprehensive measurement data and new visualisation methods for these data, the researchers can thus gain a grasp of phase evolution in complex alloys within a much shorter space of time than with traditional methods.

Accelerated analysis of the stability of complex alloys 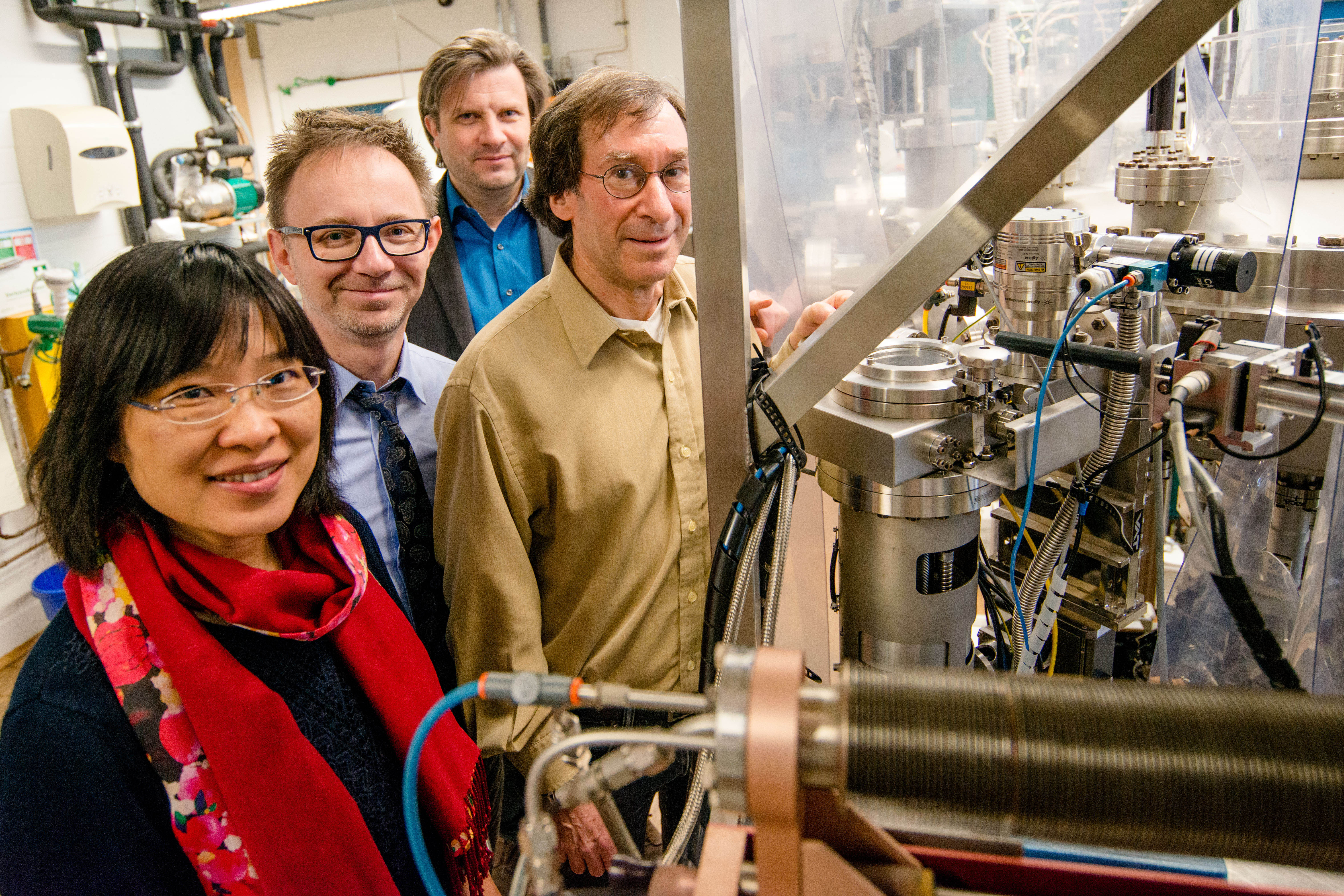