(MEMPHIS, Tenn. - November 12, 2014) An international collaboration has identified frequent mutations in two genes that often occur together in Ewing sarcoma (EWS) and that define a subtype of the cancer associated with reduced survival. The research, conducted by the St. Jude Children's Research Hospital-Washington University Pediatric Cancer Genome Project and the Institut Curie-Inserm through the International Cancer Genome Consortium, appears in the current issue of the scientific journal Cancer Discovery.

Mutations in the genes STAG2 and TP53 have previously been linked to EWS. This is the first study to show that patients whose tumors carry alterations in both genes are less likely to survive than are patients without the changes. The discovery stems from the most comprehensive analysis yet of the genetic makeup of EWS, a cancer of the bone and soft tissue that primarily strikes children and adolescents.

The findings come as St. Jude finalizes plans for clinical trials of EWS combination therapy. A recent St. Jude study showed combination therapy was effective in mice with EWS that included both mutations. The agents work by damaging DNA or interfering with cellular repair mechanisms.

"The current study used whole-genome sequencing to define the most comprehensive landscape yet of the genetic alterations that contribute to the growth and recurrence of Ewing sarcoma," said Jinghui Zhang, Ph.D., a member of the St. Jude Department of Computational Biology. Zhang and Olivier Delattre, M.D., Ph.D., head of the genetic and biology of pediatric cancer group of Institut Curie, Paris, are the study's corresponding authors.

"With the combined expertise of St. Jude and Institut Curie, we were able to identify a subtype with a dismal prognosis based on a tumor's genetic profile. This is an important step in developing more effective diagnosis and treatment," Zhang said.

The study involved sequencing the complete normal and cancer genomes of 112 EWS patients, including children, teenagers and young adults. The genome is encoded in the DNA molecule carried in almost every cell and carries the instructions needed to assemble and sustain life.

"The Institut Curie is a reference center in France for Ewing sarcoma. Twenty-two years ago, my team identified the EWSR1-FLI1 gene fusion, a pathogenomonic marker and a key pathogenic event in this disease. Thanks to this French-U.S. collaboration, we now have a more complete picture of the different genetic abnormalities that can be associated with EWSR1- FLI1 and may hence contribute to its aggressiveness. Hopefully, this may lead to improve treatment strategies," Delattre said.

EWS is identified in about 250 children and adolescents annually in the U.S., making it the second most common pediatric bone tumor. With current therapies, 75 to 80 percent of patients whose disease has not spread will become long-term survivors. But the prognosis is bleak for other patients.

Nearly all EWS begins with a chromosomal rearrangement that fuses part of the EWSR1 gene with a segment of FLI1 or a related gene. The fusion leads to production of an abnormal protein, which disrupts regulation of genes involved in cell growth and survival.

This study focused on identifying the genetic changes that follow the chromosomal rearrangement and help drive tumor formation.

"Identifying these changes using whole-genome sequencing and understanding how they alter survival can be critical to developing more effective treatments," said co-author Richard K. Wilson, Ph.D., director of The Genome Institute at Washington University School of Medicine in St. Louis.

When researchers checked for the alterations in 299 French EWS patients, they found that STAG2 and TP53 mutations often occurred together and were associated with poor outcomes. Patients whose tumors include both mutations were far less likely than patients with neither mutation to be alive five years after their cancer was discovered. Mutations in either STAG2 or TP53 alone were not associated with a significantly worse outcome.

TP53 is the most frequently altered gene in human cancer. STAG2 mutations have been identified in a variety of cancers, including the brain tumor glioblastoma, the skin cancer melanoma and bladder cancer. In this study, the mutations inactivated the STAG2 gene. The gene carries instructions for assembling the STAG2 protein, which is part of a protein complex that ensures chromosomes separate normally during cell division.

St. Jude researchers recently identified a promising three-drug combination therapy for EWS with STAG2 and TP53 mutations. The treatment combines the chemotherapy drugs irinotecan and temozolomide, which are already used to treat EWS, with investigational drugs called PARP inhibitors. EWS disappeared and did not return in more than 70 percent of mice treated with the combination therapy.

Clinical trials of the combination therapies for treatment of EWS are expected to open later this year at St. Jude and Dana-Farber/Harvard Cancer Center in Boston. The trials will involve EWS patients whose cancer remained following standard therapy or has returned.

In the current study, researchers detailed other insights regarding the role of STAG2 mutations in EWS. The findings included evidence the mutation was associated with relapse in several patients.

While STAG2 and TP53 mutations frequently occurred together in EWS, researchers found that mutations in STAG2 and the CDKN2A gene were usually mutually exclusive. CDKN2A carries instructions for making proteins that regulate cell division. Mutations in CDKN2A have been reported in EWS and other cancers, but this is the first study to recognize that CDKN2A and STAG2 mutations rarely occur together in EWS. The finding provides important insight into the tumor's genetic profile, which will aid efforts to develop more effective therapies.

The Pediatric Cancer Genome Project was launched in 2010 to use next-generation, whole genome sequencing to advance understanding, diagnosis and treatment of some of the most aggressive and least understood childhood cancers. The complete normal and cancer genomes of 700 young cancer patients were sequenced during the project's first three years.

The International Cancer Genome Consortium was launched in 2008 as a forum for collaborations among the world's leading cancer and genomic researchers. The consortium's goal is to generate high-quality genomic data on more than 25,000 tumors for up to 50 types of cancer that are of clinical and societal importance across the globe. The French contribution to this program is coordinated by the National Cancer Institute (INCa) and the Inserm.

In the U.S., the research was supported in part by the Pediatric Cancer Genome Project, including Kay Jewelers, a lead sponsor; grants (CA21765, CA168875) from the National Cancer Institute at the National Institutes of Health (NIH); grants (EY014867, EY018599) from NIH; HHMI and ALSAC. In Europe, the project was supported in part by the French National Cancer Institute; the Inserm; the National Research Agency for Science Projects; the Canceropole Ile-de-France; the French League Against Cancer; European PROVABES; ASSET; EEC and the Institute Curie-SIRIC.

St. Jude Children's Research Hospital is leading the way the world understands, treats and cures childhood cancer and other life-threatening diseases. It is the only National Cancer Institute-designated Comprehensive Cancer Center devoted solely to children. Treatments developed at St. Jude have helped push the overall childhood cancer survival rate from 20 percent to 80 percent since the hospital opened more than 50 years ago. St. Jude is working to increase the overall survival rate for childhood cancer to 90 percent in the next decade. St. Jude freely shares the breakthroughs it makes, and every child saved at St. Jude means doctors and scientists worldwide can use that knowledge to save thousands more children. Families never receive a bill from St. Jude for treatment, travel, housing and food--because all a family should worry about is helping their child live. To learn more, visit stjude.org or follow St. Jude at @stjuderesearch.

Institut Curie is a foundation of public interest, which combines one of the largest European oncology research center and two state-of-the-art hospitals. Founded in 1909 on a model devised by Marie Curie and still at the cutting edge: "from fundamental research to innovative treatments", the Institut Curie has 3,000 researchers, physicians, clinicians, technicians and administrative staff. Institut Curie hosts one of the main Pediatric Oncology Departments in France.

Founded in 1964, the French National Institute of Health and Medical Research (Inserm) is a public scientific and technological institute which operates under the joint authority of the French Ministry of Health and French Ministry of Research. As the only French public research institute to focus entirely on human health, it has a key responsibility for the strategic, scientific and operational coordination of biomedical research. This key role as coordinator comes naturally to Inserm thanks to the scientific quality of its teams and its ability to conduct translational research, from the laboratory to the patient's bed. 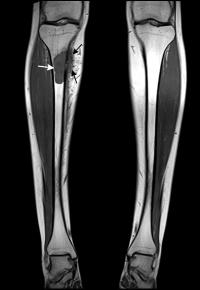