The work of the research group under the guidance of Professor Leonid Martyushev (co-authors: Roman Bando and Evgenia Chervontseva) will help to predict the behavior of fluids in various environments.

"When oil wells are depleted, water is pumped there under pressure to force the residual oil to the surface. If the interface between water and oil were an even layer, then it would be safe to say that as a result of water injection we recover all the residual oil. But since the interface between the two liquids is a highly distorted section, oil, contrary to expectations, can still remain underground, while water comes out to the surface. This is where our calculations come in handy. In addition, they can be used for environmental safety purposes, to eliminate the spills of hazardous substances, " explains professor Martyushev.

Having carried out extensive numerical hydrodynamic calculations for various geometries and parameters, physicists of Ural Federal University have constructed diagrams of stable / unstable behavior of the interface between fluids. So, in the calculations, the researchers for the first time found that with close values of the viscosity of the displacing and displaced fluids, a large number of different shapes of liquid-liquid interfaces can coexist at the same pressure. Determining the motion and shape of the interface between fluids is a very old and complex hydrodynamic problem. At first, the interface between the displacing and displaced immiscible liquids is quite simple, but from a certain moment it becomes unstable.

"First, the so-called 'fingers' appear, which then, as a result of complex transformations, turn into a branched structure resembling the crown of a tree. Physicists have long been able to calculate the loss of stability of the interface between fluids in the presence of very small perturbations. But until now it was not clear how to make predictions under arbitrary influences. But this is the most important point in most practical applications, " the scientist adds.

The data obtained are in good agreement with theoretical predictions made by Prof. Martyushev about 15 years ago. His assumption is based on the principle of maximum entropy production, which states that in any non-equilibrium system, the measure of chaos increases as fast as possible. 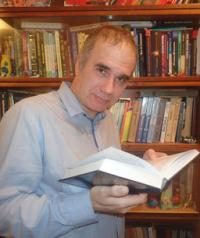