The ability to forecast how ENSO will respond to global warming thus matters greatly to society. Providing accurate predictions, though, is challenging because ENSO varies naturally over decades and centuries. Instrumental records are too short to determine whether any changes seen recently are simply natural or attributable to man-made greenhouse gases. Reconstructions of ENSO behavior are usually missing adequate records for the tropics where ENSO develops.

Help is now underway in the form of a tree-ring record reflecting ENSO activity over the past seven centuries. Tree-rings have been shown to be very good proxies for temperature and rainfall measurements. An international team of scientists spearheaded by Jinbao Li and Shang-Ping Xie, while working at the International Pacific Research Center, University of Hawaii at Manoa, has compiled 2,222 tree-ring chronologies of the past seven centuries from both the tropics and mid-latitudes in both hemispheres. Their work is published in the June 30, 2013 online issue of Nature Climate Change.

The inclusion of tropical tree-ring records enabled the team to generate an archive of ENSO activity of unprecedented accuracy, as attested by the close correspondence with records from equatorial Pacific corals and with an independent Northern Hemisphere temperature reconstruction that captures well-known teleconnection climate patterns.

These proxy records all indicate that ENSO was unusually active in the late 20th century compared to the past seven centuries, implying that this climate phenomenon is responding to ongoing global warming.

"In the year after a large tropical volcanic eruption, our record shows that the east-central tropical Pacific is unusually cool, followed by unusual warming one year later. Like greenhouse gases, volcanic aerosols perturb the Earth's radiation balance. This supports the idea that the unusually high ENSO activity in the late 20th century is a footprint of global warming" explains lead author Jinbao Li.

"Many climate models do not reflect the strong ENSO response to global warming that we found," says co-author Shang-Ping Xie, meteorology professor at the International Pacific Research Center, University of Hawaii at Manoa and Roger Revelle Professor at Scripps Institution of Oceanography, University of California at San Diego. "This suggests that many models underestimate the sensitivity to radiative perturbations in greenhouse gases. Our results now provide a guide to improve the accuracy of climate models and their projections of future ENSO activity. If this trend of increasing ENSO activity continues, we expect to see more weather extremes such as floods and droughts."

This research was funded by the National Science Foundation, the National Basic Research Program of China (2012CB955600), the National Oceanic and Atmospheric Administration, the Japan Agency for Marine-Earth Science and Technology, FONDECYT (No.1120965), CONICYT/FONDAP/15110009, CONICET and IAI (CRN2047).

The International Pacific Research Center (IPRC) of the School of Ocean and Earth Science and Technology (SOEST) at the University of Hawaii at Manoa, is a climate research center founded to gain greater understanding of the climate system and the nature and causes of climate variation in the Asia-Pacific region and how global climate changes may affect the region. Established under the "U.S.-Japan Common Agenda for Cooperation in Global Perspective" in October 1997, the IPRC is a collaborative effort between agencies in Japan and the United States. 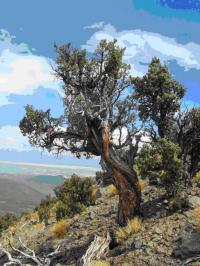