No matter how you slice it, watermelon has a lot going for it –– sweet, low calorie, high fiber, nutrient rich –– and now, there's more. Evidence from a pilot study led by food scientists at The Florida State University suggests that watermelon can be an effective natural weapon against prehypertension, a precursor to cardiovascular disease.

It is the first investigation of its kind in humans. FSU Assistant Professor Arturo Figueroa and Professor Bahram H. Arjmandi found that when six grams of the amino acid L-citrulline/L-arginine from watermelon extract was administered daily for six weeks, there was improved arterial function and consequently lowered aortic blood pressure in all nine of their prehypertensive subjects (four men and five postmenopausal women, ages 51-57).

"We are the first to document improved aortic hemodynamics in prehypertensive but otherwise healthy middle-aged men and women receiving therapeutic doses of watermelon," Figueroa said. "These findings suggest that this 'functional food' has a vasodilatory effect, and one that may prevent prehypertension from progressing to full-blown hypertension, a major risk factor for heart attacks and strokes.

"Given the encouraging evidence generated by this preliminary study, we hope to continue the research and include a much larger group of participants in the next round," he said.

"Watermelon is the richest edible natural source of L-citrulline, which is closely related to L-arginine, the amino acid required for the formation of nitric oxide essential to the regulation of vascular tone and healthy blood pressure," Figueroa said.

Once in the body, the L-citrulline is converted into L-arginine. Simply consuming L-arginine as a dietary supplement isn't an option for many hypertensive adults, said Figueroa, because it can cause nausea, gastrointestinal tract discomfort, and diarrhea.

In contrast, watermelon is well tolerated. Participants in the Florida State pilot study reported no adverse effects. And, in addition to the vascular benefits of citrulline, watermelon provides abundant vitamin A, B6, C, fiber, potassium and lycopene, a powerful antioxidant. Watermelon may even help to reduce serum glucose levels, according to Arjmandi.

"Cardiovascular disease (CVD) continues to be the leading cause of death in the United States," Arjmandi said. "Generally, Americans have been more concerned about their blood cholesterol levels and dietary cholesterol intakes rather than their overall cardiovascular health risk factors leading to CVD, such as obesity and vascular dysfunction characterized by arterial stiffening and thickness –– issues that functional foods such as watermelon can help to mitigate.

"By functional foods," said Arjmandi, "we mean those foods scientifically shown to have health-promoting or disease-preventing properties, above and beyond the other intrinsically healthy nutrients they also supply."

"Even better, it may prevent the progression from prehypertension to hypertension in the first place," he said.

While watermelon or watermelon extract is the best natural source for L-citrulline, it is also available in the synthetic form in pills, which Figueroa used in a previous study of younger, male subjects. That investigation showed that four weeks of L-citrulline slowed or weakened the increase in aortic blood pressure in response to cold exposure. It was an important finding, said Figueroa, since there is a greater occurrence of myocardial infarction associated with hypertension during the cold winter months.

"Individuals with increased blood pressure and arterial stiffness –– especially those who are older and those with chronic diseases such as type 2 diabetes –– would benefit from L-citrulline in either the synthetic or natural (watermelon) form," Figueroa said. "The optimal dose appears to be four to six grams a day."

Findings from Figueroa's latest pilot study at Florida State are described in the American Journal of Hypertension. A copy of the paper ("Effects of Watermelon Supplementation on Aortic Blood Pressure and Wave Reflection in Individuals With Prehypertension: A Pilot Study") can be accessed online.

The paper's lead author, Figueroa holds a medical degree, a doctoral degree in physiological sciences, and a master's degree in sports medicine. He has been a faculty member in the Florida State University Department of Nutrition, Food and Exercise Sciences since 2004. Figueroa's coauthor and colleague Arjmandi serves as chairman of the department, which is a part of Florida State's interdisciplinary College of Human Sciences. Arjmandi also is the author or coauthor of an extensive body of published research on the health benefits of prunes and other functional foods.

Coauthors of the Figueroa-Arjmandi paper in the American Journal of Hypertension are Marcos A. Sanchez-Gonzalez, a Florida State doctoral student in exercise physiology, and Penelope Perkins-Veazie, a horticulture professor at North Carolina State University. 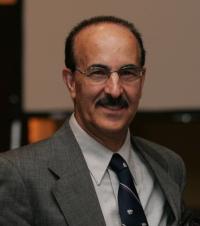