RIVERSIDE, Calif. -- Earlier this year, Viji Santhakumar, an associate professor of molecular, cell and systems biology at the University of California, Riverside, received funding from the National Institute of Neurological Disaster and Stroke of the National Institutes of Health, or NIH, to further pursue research on moderate concussive brain injury. Now three scientists in her lab have received federal funding -- no small achievement for a university research group.

Deepak Subramanian, a postdoctoral researcher, has received a three-year Department of Defense Idea Development Award of $466,000 to examine the "molecular and immune axis of neurological deficits in posttraumatic epilepsy." The project starts July 15.

Subramanian explained that traumatic brain injury, or TBI, often sets off an avalanche of immune responses, which can disrupt downstream molecular signaling cascades and result in altered neuronal function and subsequent development of posttraumatic epilepsy, or PTE.

"We believe targeting early immune responses and their downstream molecular targets are key to effectively mitigate long-term consequences of TBI," he said.

PTEs are a form of acquired epilepsy where an injury to the brain predisposes it to developing seizures in the future. Commonly referred to as the "silent epidemic," PTEs are often associated with poor functional outcomes and increased mortality.

"Our study will identify a potential marker for subsequent development of PTE, which can help identify individuals at risk," Subramanian said. "Importantly, identifying a critical link between immune-molecular signaling cascades that are activated in response to brain injury will highlight a potential therapeutic target."

According to Subramanian, the development of PTE is notoriously unpredictable, with no effective way to identify individuals at risk or reduce the risk of developing PTE.

"Insights from our study will provide much needed tools to help identify individuals at risk of developing PTE and highlight a clinically relevant therapeutic target to mitigate long-term neurological consequences," he said. "These findings will immensely help civilians, soldiers, and war veterans suffering from traumatic brain injury."

The grant will support Subramanian and a lab technician.

"Our lab has previously examined semilunar granule cells," said Dovek, who expects to receive her doctoral degree in late 2023. "The objective of the proposed study is to determine the role of semilunar granule cells in information processing, and their involvement in microcircuit changes related to epilepsy to gain insights into mechanisms of cognitive comorbidities of epilepsy and enable novel treatment approaches."

Nguyen, who was awarded a one-year predoctoral fellowship by the American Epilepsy Society last year, will study how an innate immune receptor in the brain, known as Toll-like Receptor 4, or TLR4, affects neuronal inhibition in the injured and uninjured brain as well as its role in the development of post-traumatic epilepsy and effect on memory functions after brain injury.

"How neural immune interactions affect neuronal excitability is still widely understudied," said Nguyen, who expects to receive her doctoral degree in late 2022. "Our lab is one of the first to characterize the role of neuronal TLR4 in neuronal changes following brain injury and found that pharmacologically blocking TLR4 24 hours following brain injury can have beneficial effects while blocking TLR4 in the uninjured brain can be deleterious."

The proposed study will shed light on whether inhibitory currents and specific inhibitory interneurons are involved in TLR4 signaling before and after brain injury. The researchers hope to better understand interactions between the immune system and memory dysfunction and changes in neuronal signaling following mild to moderate concussive brain injuries.

The Ruth L. Kirschstein Predoctoral Individual National Research Service Award to Nguyen covers two and a half years at more than $46,000 per year.

"Deepak, Susan, and Laura are dedicated and talented researchers," Santhakumar said. "I am delighted by their richly deserved success in receiving federal funding to pursue their projects in my lab. I am privileged to mentor such a motivated team of trainees and am confident the fellowships will be the first of many such honors that will mark their careers."

The University of California, Riverside (http://www.ucr.edu) is a doctoral research university, a living laboratory for groundbreaking exploration of issues critical to Inland Southern California, the state and communities around the world. Reflecting California's diverse culture, UCR's enrollment is more than 26,000 students. The campus has an annual impact of more than $2.7 billion on the U.S. economy. 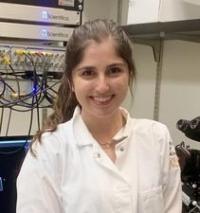 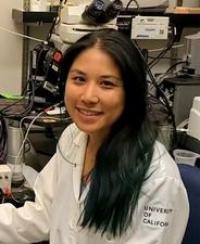