The European Union funded EU BON "Building the European Biodiversity Observation Network" project now holds its official Kick-off Meeting, taking place from 13 to 15 February 2013 in Berlin. An International Symposium "Nature and Governance – Biodiversity Data, Science, and the Policy Interface" precedes the kick-off (11-12 February 2013), to discuss the current landscape of monitoring and integration of biodiversity data, and stress on the relevance of EU BON on both European and global scales.

The EU BON project will be working towards advancement and development of the technological platform for GEO BON (Group on Earth Observations Biodiversity Observation Network), which operates and systemizes biodiversity data on a global scale.

Launched in 2005, the Group on Earth Observations, GEO, is a response to the need to address issues of biodiversity preservation as well as eight other societal benefit areas: agriculture, climate, disasters, ecosystems, energy, health, water and weather. The GEO BON venture was established to coordinate the provision of sustained, cross-cutting, integrated and accessible earth observation data and information.

The aim of GEO BON is to build a monitoring network that presents a full picture of what is happening to biological diversity worldwide. The system will use masses of biological information with data and forecasts on climate change, pollution, land use, biological invasions and other threats to biodiversity. Currently, the lack of comprehensive information about the world's biological resources continues to undermine the efforts of policymakers and managers to set priorities, elaborate strategies and assess the effectiveness of their actions.

EU BON project offers an innovative approach in terms of integration of biodiversity information system from on-ground to remote sensing data, for addressing policy and information needs in a timely and customized way. The project will reassure integration between social networks of science and policy and technological networks of interoperating IT infrastructures. EU BON's aims to facilitate GEO BON's work towards the creation of global biodiversity data network through contributing to the overall European capacities and infrastructures for environmental information management.

This press release is available under the Creative Commons Attribution 3.0 License. 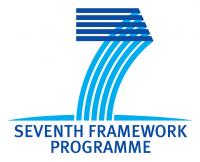