Researchers at the Centre for Genomic Regulation (CRG) reveal that newly formed embryos clear dying cells to maximise their chances of survival. It is the earliest display of an innate immune response found in vertebrate animals to date.

The findings, which are published today in the journal Nature, may aid future efforts to understand why some embryos fail to form in the earliest stages of development, and lead to new clinical efforts in treating infertility or early miscarriages.

An embryo is fragile in the first hours after its formation. Rapid cell division and environmental stress make them prone to cellular errors, which in turn cause the sporadic death of embryonic stem cells. This is assumed to be one of the major causes of embryonic developmental failure before implantation.

Living organisms can remove cellular errors using immune cells which are dedicated to carry out this function, but a newly-formed embryo cannot create these specialised cells. To find out whether embryos can remove dying cells before the formation of an immune system, the researchers used high resolution time-lapse imaging technology to monitor zebrafish and mouse embryos, two established scientific models used to study vertebrate development.

They found that epithelial cells - which collectively form the first tissue on the surface of an embryo - can recognise, ingest and destroy defective cells. It is the first time this biological process, known as epithelial phagocytosis, has been shown to clear cellular errors in newly formed vertebrate embryos.

"Long before the formation of the organs, one of the first tasks performed by a developing embryo is to create a protective tissue," says Dr. Esteban Hoijman, first and co-corresponding author of the paper.

According to Dr. Hoijman, epithelial phagocytosis was a surprisingly efficient process thanks to the presence of arm-like protrusions on the surface of epithelial cells. "The cells cooperate mechanically; like people distributing food around the dining table before tucking into their meal, we found that epithelial cells push defective cells towards other epithelial cells, speeding up the removal of dying cells," he adds.

"Here we propose a new evolutionarily conserved function for epithelia as efficient scavengers of dying cells in the earliest stages of vertebrate embryogenesis," says Dr. Verena Ruprecht, group Leader in the Cell & Developmental Biology program at the CRG and senior author of the paper. "Our work may have important clinical applications by one day leading to improved screening methods and embryo quality assessment standards used in fertility clinics."

According to the authors, the discovery that embryos exhibit an immune response earlier than previously thought warrants further exploration on the role of mechanical cooperation as a physiological tissue function, which remains poorly understood, in other important biological processes such as homeostasis and tissue inflammation.

The study is published today in the journal Nature. The team was led by the CRG in Barcelona in collaboration with the Pompeu Fabra University (UPF) and the Institute of Photonic Sciences (ICFO), as well as the University Paris-Diderot.

Earliest signs of an immune response found in developing embryos 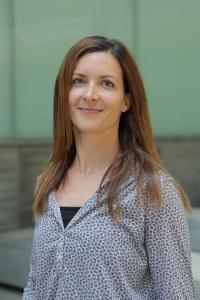