Abu Dhabi - One critical barrier in efforts to control the COVID-19 pandemic has been the relatively high false-negative rate of the most commonly-used Reverse Transcription Polymerase Chain Reaction (RT-PCR) testing methods.

Often, these methods are not able to detect lower viral loads, which are typically present in asymptomatic individuals but below the limit of detection (LoD) of standard one- or two-step RT-PCR methods. Researchers from NYU Abu Dhabi's Biology Program and Center for Genomics and Systems Biology (CGSB) have implemented a new three-step testing approach that promises to significantly - and cost-effectively -- improve testing accuracy.

The researchers demonstrated reliable ultra-sensitive and quantitative detection of low SARS-CoV-2 viral loads (less than one copy/microliter) using synthetic viral RNA, clinical nasopharyngeal swab samples and saliva samples, including samples previously diagnosed as negative by clinical diagnostic testing. Their findings, reported in the journal Processes are that this microfluidic RT-PCR assay is a sensitive, quantitative, and cost-effective detection strategy which could markedly reduce the false negative rate of clinical diagnostic tests - a potentially valuable tool in SARS-CoV-2 active screening and early detection programs.

"By adding a pre-amplification step and using microfluidic technology, we have demonstrated that this sensitive detection method can detect low viral loads, which is critical to enabling the most effective public health responses to the COVID-19 pandemic," said Idaghdour. "Our three-step approach can significantly reduce the false negative rate of standard RT-PCR-based diagnostic tests for SARS-CoV2 and other viral infections. This would allow public health officials to more readily identify and trace asymptomatic individuals, enhance the accuracy of air and environmental sampling for SARS-CoV-2, expand accurate detection to saliva testing and help curtail the spread of the virus." 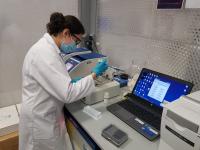 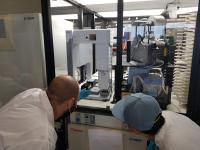