Durham, NC — A new study of a devastating bird disease that spread from poultry to house finches in the mid-1990s reveals that the bacteria responsible for the disease evolves at an exceptionally fast rate. What's more, the fast-evolving microbe has lost a key chunk of its genome since jumping to its new host, scientists were surprised to find. The missing portion contained the genes that made up the microbe's immune system, researchers report in the February 9th issue of PLoS Genetics.

When thousands of wild house finches started dropping dead from a mysterious eye infection in the Washington, DC, area in the winter of 1994, scientists were puzzled.

The birds had red, swollen, crusty eyes that left them unable to see or forage for food, until they eventually died from starvation or predation. Researchers soon identified the cause — a bacterium called Mycoplasma gallisepticum, a common cause of respiratory infections in turkeys and chickens that was previously known to infect only poultry.

By the time biologist Geoff Hill spotted his first sick bird in Auburn, Alabama, in 1995, the disease had spread through the eastern part of the continent, as far north as Quebec and as far south as Florida. "This was a devastating pandemic," Hill said.

Since its discovery, the epidemic has spread as far west as California, and is estimated to have wiped out hundreds of millions of birds. But scientists are still far from understanding how Mycoplasma gallisepticum gained the ability to spread to house finches — which diverged from chickens and turkeys some 80-90 million years ago — or what turned it into such a sweeping killer.

In a new study in the journal PLoS Genetics, researchers compared the genomes of a dozen strains of Mycoplasma gallisepticum sampled from infected house finches between 1994-2007, in the years following the initial outbreak. Using a technique called pyrosequencing, "we can measure evolution on very short time scales," said co-author Scott Edwards of Harvard University. Instead of studying the host switch years after it happened, the researchers are able to track it in real time. "We're catching the switch in the act," he added.

In both poultry and house finches, the microbe has been evolving at frightening speed, they report. "It's evolving anywhere from ten to 100 times faster than previous estimates for any other bacterium," said Harvard graduate student and first author Nigel Delaney.

But when the researchers compared the DNA sequences of the poultry strains with those sampled from house finches, they found something surprising — since making the switch, some parts of the parasite's genome have begun to break down.

Mycoplasma gallisepticum has a tiny genome to begin with, with less than 1000 genes, Delaney said. But rather than acquire new genes to help it outwit its new host, the parasite has gradually lost more than 50 genes — particularly those that make up the microbe's immune system.

Mycoplasmas are parasites, but they also have parasites of their own, including naturally occurring viruses called bacteriophages. "One of the main functions [of the genes that were lost] is to help guard Mycoplasma against the attacks of bacteriophages," Edwards explained.

"It was surprising to see a part of the genome that was assumed to be so important suddenly become unimportant," Delaney added.

It seems crazy, but "scientists have seen the same phenomenon before in HIV," said co-author Allen Rodrigo of the National Evolutionary Synthesis Center in Durham, North Carolina. When HIV infects a new host, it doesn't encounter the same threats, so it loses the specific immune defenses that protected it in its former host, Rodrigo explained. These original defenses may be expensive to maintain, Rodrigo said. Studies show that the HIV strains that lose them are able to reproduce more quickly and spread.

"It's similar to the 'use it or lose it' principle," Edwards added.

Mycoplasma gallisepticum can't be transmitted to humans. It can infect other backyard birds —including American goldfinches, purple finches, evening grosbeaks and pine grosbeaks — but none with the devastating consequences like those seen in house finches.

Researchers still don't know which genetic changes enabled the pathogen to reach epidemic proportions in house finches. But if the house finch strains have lost the genetic machinery that protected them in poultry, then reintroducing the parasites to the bacteriophages of their former hosts could be one way to control the disease, the scientists say.

Determining which specific bacteriophages those are, and whether the remnants of the Mycoplasma immune system still provide some protection against them, will take much more work.

"But this study shows that there's a third player that's important to understand this pandemic, which are the bacteriophages. Nobody's looked at that so far. This is the first observation that they seem to matter," Delaney said.

Other authors on the paper (in alphabetical order) include Susan Balenger of the University of Turku in Finland, Camille Bonneaud of the French National Center for Scientific Research (CNRS), Christopher Marx of Harvard University, Naola Ferguson-Noel of the University of Georgia, and Peter Tsai of the Bioinformatics Institute of New Zealand.

The findings will be published in the February 9th issue of PLoS Genetics. 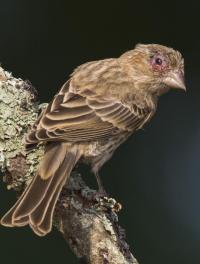