Indonesia's volcanoes are among the world's most dangerous. Why? Through chemical analyses of tiny minerals in lava from Bali and Java, researchers from Uppsala University and elsewhere have found new clues. They now understand better how the Earth's mantle is composed in that particular region and how the magma changes before an eruption. The study is published in Nature Communications.

Frances Deegan, the study's first author and a researcher at Uppsala University's Department of Earth Sciences, summarises the findings.

"Magma is formed in the mantle, and the composition of the mantle under Indonesia used to be only partly known. Having better knowledge of Earth's mantle in this region enables us to make more reliable models for the chemical changes in magma when it breaks through the crust there, which is 20 to 30 kilometres thick, before an eruption."

The composition of magma varies greatly from one geological environment to another, and has a bearing on the kind of volcanic eruption that occurs. The Indonesian archipelago was created by volcanism, caused by two of Earth's continental tectonic plates colliding there. In this collision, Indo-Australian plate slides beneath the Eurasian plate at a speed of some 7 cm annually. This process, known as subduction, can cause powerful earthquakes. The tsunami disaster of 2004, for example, was caused by movements along this particular plate boundary.

Volcanism, too, arises in subduction zones. When the sinking tectonic plate descends into the mantle, it heats up and the water it contains is released, causing the surrounding rock to start melting. The result is volcanoes that are often explosive and, over time, build up arc-shaped groups of islands. Along the Sunda Arc, comprising Indonesia's southern archipelago, several cataclysmic volcanic eruptions have taken place. Examples are Krakatoa in 1883, Mount Tambora in 1815 and Toba, which had a massive super-eruption some 72,000 years ago.

Magma reacts chemically with surrounding rock when it penetrates Earth's crust before breaking out on the surface. It can therefore vary widely among volcanoes. To get a better grasp of the origin of volcanism in Indonesia, the researchers wanted to find out the composition of the "primary" magma, that is derived from the mantle itself. Since samples cannot be taken directly from the mantle, geologists studied minerals in lava recently ejected from four volcanoes: Merapi and Kelut in Java, and Agung and Batur in Bali.

Using the powerful ion beams from a secondary ion mass spectrometry (SIMS) instrument, an ultramodern form of mass spectrometer, the researchers examined crystals of pyroxene. This mineral is one of the first to crystallise from a magma. What they wanted to determine was the ratio of the oxygen isotopes 16O and 18O, which reveals a great deal about the source and evolution of magma.

"Lava consists of roughly 50 per cent oxygen, and Earth's crust and mantle differ hugely in their oxygen isotope composition. So, to trace how much material the magma has assimilated from the crust after leaving the mantle, oxygen isotopes are very useful," Frances Deegan says.

The researchers found that the oxygen composition of pyroxene minerals from Bali had hardly been affected at all during their journey through Earth's crust. Their composition was fairly close to their original state, indicating that a minimum of sediment had been drawn down into the mantle during subduction. An entirely different pattern was found in the minerals from Java.

"We were able to see that Merapi in Java exhibited an isotope signature very different from those of the volcanoes in Bali. It's partly because Merapi's magma interacts intensively with Earth's crust before erupting. That's highly important because when magma reacts with, for instance, the limestone that's found in central Java right under the volcano, the magma becomes full to bursting point with carbon dioxide and water, and the eruptions get more explosive. That may be why Merapi's so dangerous. It's actually one of the deadliest volcanoes in Indonesia: it's killed nearly 2,000 people in the past 100 years, and the most recent eruption claimed 400 lives," says Professor Valentin Troll of Uppsala University's Department of Earth Sciences.

The study is a collaboration among researchers at Uppsala University, the Swedish Museum of Natural History in Stockholm, the University of Cape Town in South Africa, the University of Freiburg in Germany and Vrije Universiteit (VU) Amsterdam in the Netherlands. The results of the study enhance our understanding of how volcanism in the Indonesian archipelago works.

"Indonesia is densely populated, and everything that gives us a better grasp of how these volcanoes work is valuable, and helps us to be better prepared for when the volcanoes erupt," says Frances Deegan. 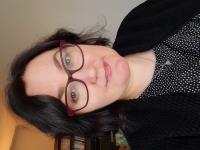