(Santa Barbara, Calif.) — Carbon dioxide emissions from transportation, energy generation and built infrastructure may be major contributors to climate change, but they may not be the biggest ones. According to UC Santa Barbara environmental science professor David A. Cleveland, that dubious distinction could go to the agrifood system.

In his new book, "Balancing on a Planet: The Future of Food and Agriculture," Cleveland contends today's solutions continue the Neolithic strategy that has dominated food systems since the beginning of agriculture some 13,000 years ago. This is a supply-side strategy of increasing food production in response to the demands of a growing population — expected to peak at 9 billion or more — and growing per capita consumption, especially of highly inefficient animal foods. According to Cleveland, this has undermined the biophysical basis of agriculture as well as the social and biological purpose of food. He says this is largely because increasing food production and consumption today means investing in techniques — such as land clearing, massive water and energy consumption and the application of nitrogen fertilizers — that worsen the crisis, including driving global climate change.

"In addition, food follows money in this system, not human need for good nutrition and happiness," Cleveland said. "The result is high levels of inequality, with both over- and under-consumption of food, resulting in hunger, malnutrition and disease. For these and other reasons, there is an urgent need to think critically about our agrifood system. We require radical alternatives that prioritize human need and long-term ecosystem health over short-term production and economic profit."

Cleveland's book seeks to encourage critical thinking by explaining the key concepts for understanding the problems that result from our agrifood system, and identifying potential solutions. "This requires a thorough analysis of the assumptions about human nature, technology and natural resources underlying different perspectives on our agrifood system as well as initiating a discussion of alternatives," he said.

Using his fieldwork experience from around the world, Cleveland argues that combining selected aspects of small-scale, traditional agrifood systems with modern science and technology can help balance our biological need for food with its environmental impact while fulfilling cultural, social and psychological needs related to food.

Examples presented in the book include farmers working with plant breeders to improve traditional crop varieties instead of engineering transgenic varieties; intercropping and other agroecological methods instead of large-scale application of energy-intensive inputs; common property management of agriculture and food by communities instead of private ownership by the minority; improved diets that support health and decrease environmental impact instead of diets that cause disease and contribute to climate change; and more smaller-scale food systems that strengthen local communities instead of globalized food systems that support multinational corporations.

"Investment in the alternatives must increase with the goal of shifting our focus away from supply-side solutions," Cleveland said. "We can't just make our consumption more efficient; we need to decrease our demand in order to decrease overall consumption and absolute impact. This approach could be a major contributor to avoiding catastrophic global warming.

"We have the power as individuals to make big changes and it doesn't require new inventions or enormous hardship," he continued. "It doesn't require major investments in new technologies and infrastructures, but it does require a change in thinking and behavior at the individual, community and institutional levels. We need to be thinking more critically, realistically and creatively about options for the future that move us beyond the Neolithic strategy." 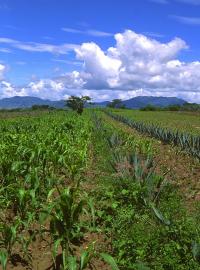 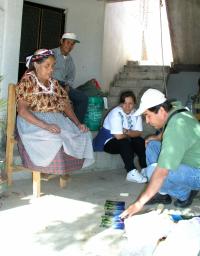