DALLAS - April 25, 2016 - Repeated impacts to the heads of high school football players cause measurable changes in their brains, even when no concussion occurs, according to research from UT Southwestern Medical Center's Peter O'Donnell Jr. Brain Institute and Wake Forest University School of Medicine.

Researchers gathered data from high school varsity players who donned specially outfitted helmets that recorded data on each head impact during practice and regular games. They then used experimental techniques to measure changes in cellular microstructure in the brains of the players before, during, and after the season.

"Our findings add to a growing body of literature demonstrating that a single season of contact sports can result in brain changes regardless of clinical findings or concussion diagnosis," said senior author Dr. Joseph Maldjian, Chief of the Neuroradiology Division and Director of the Advanced Neuroscience Imaging Research Lab, part of the Peter O'Donnell Jr. Brain Institute at UT Southwestern.

In the study, appearing in the Journal of Neurotrauma, a team of investigators at UT Southwestern, Wake Forest University Medical Center, and Children's National Medical Center evaluated about two dozen players over the course of a single football season. The group of players was not large enough to draw conclusions about the differences in impacts between positions, researchers said, and additional studies will be needed to determine what the deviations mean clinically for individuals.

"Studies like this are important to understand how and where long-term damage might be occurring, so that we can then take the necessary steps to prevent it," said first author Dr. Elizabeth Davenport, a postdoctoral researcher in the Department of Radiology and the Advanced Imaging Research Center at UT Southwestern.

"Work of this type, combining biomechanics, imaging, and cognitive evaluation is critical to improving our understanding of the effects of subconcussive impacts on the developing brain," said Dr. Maldjian, Professor of Radiology and the Advanced Imaging Research Center at UT Southwestern. "Using this information, we hope to help keep millions of youth and adolescents safe when engaged in sports activities."

Football has the highest concussion rate of any competitive contact sport, and there is growing concern - reflected in the recent decrease in participation in the Pop Warner youth football program - among parents, coaches, and physicians of youth athletes about the effects of subconcussive head impacts, those not directly resulting in a concussion diagnosis, researchers noted. Previous research has focused primarily on college football players, but recent studies have shown impact distributions for youth and high school players to be similar to those seen at the college level, with differences primarily in the highest impact magnitudes and total number of impacts, the researchers noted.

The findings contribute to a growing body of knowledge and study about concussions and other types of brain injury by researchers with the Peter O'Donnell Jr. Brain Institute. Among them:

UT Southwestern established the Peter O'Donnell Jr. Brain Institute as a comprehensive initiative dedicated to better understanding the basic molecular workings of the brain and applying these discoveries to the prevention and treatment of brain diseases and injuries. Other researchers affiliated with the Peter O'Donnell Jr. Brain Institute are looking into the process of new neuron formation after TBI, neuronal replacement in functional recovery from brain injury, the neuropsychiatric and neurological effects of rotational brain injury, and more complete understanding of the interaction between white matter damage and functional recovery following TBI to inform the development of rehabilitative strategies.

UT Southwestern, one of the premier academic medical centers in the nation, integrates pioneering biomedical research with exceptional clinical care and education. The institution's faculty includes many distinguished members, including six who have been awarded Nobel Prizes since 1985. The faculty of almost 2,800 is responsible for groundbreaking medical advances and is committed to translating science-driven research quickly to new clinical treatments. UT Southwestern physicians provide medical care in about 80 specialties to more than 92,000 hospitalized patients and oversee approximately 2.2 million outpatient visits a year.

This news release is available on our home page at http://www.utsouthwestern.edu/home/news/index.html 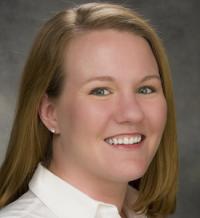