Barcelona, 1st December, 2011.- A study by researchers Raúl Méndez, ICREA Research Professor at the Institute for Research in Biomedicine (IRB Barcelona) and Pilar Navarro at the IMIM (Institut de Recerca Hospital del Mar, Barcelona) describes a new reprogramming mechanism for the expression of genes responsible for turning a healthy cell into a tumor cell. In the study, published in this week's edition of Nature Medicine, the scientists have identified the protein CPEB4 as a "cellular orchestra conductor" that "activates" hundreds of genes associated with tumor growth.

"The peculiarity is that it would not only be the mutation of a specific gene that promotes tumor growth but the expression of a protein in an incorrect site that "triggers" hundreds of messenger molecules (mRNAs), which transmit gene information for the synthesis of proteins, without these genes being mutated. This process leads to the expression of many "normal" genes but in unsuitable amounts and times that more greatly resemble early embryonic developmental stages rather than the stages of adult organ development", explains Raúl Méndez, an expert in the CPEB protein family. "This would be the case of tPA (tissue plasminogen activator), a protein that is not normally found in the healthy pancreas but that shows high expression in pancreatic tumors", clarifies Elena Ortiz-Zapater, the first author of the article, and Pilar Navarro.

Tumors are 80% smaller when CEPB4 is absent

One of the conclusions highlighted in the study is that in the tissues examined, pancreas and brain, CPEB4 is not detected in healthy cells but only in tumor ones. Thus inhibition of this protein would provide a highly specific anti-tumor treatment and with few adverse effects, "one of the main drawbacks of many cancer therapies", says Pilar Navarro, a researcher specialized in pancreatic cancer.

Using experiments involving human cancer cells in mice, these researchers have demonstrated that the decrease in CPEB4 levels in cancer cells reduces the size of tumors by up to 80%. Although the study is limited to two kinds of tumor, according to the co-authors, "given the effects observed in the tumors examined and the type of genes regulated by this mechanism, it is expected to be involved in many other types of cancer".

This study opens up avenues for new treatments for cancer, for which the researchers are designing and analyzing CPEB4 inhibitors of potential therapeutic interest. "The clinical applications are very promising, although intensive research is needed to identify inhibitory molecules and to test them in various models before determining their clinical potential and, in this case, their use in patients", warn Navarro and Méndez.

The study involved Francisco X. Real, at the Centro Nacional de Investigaciones Oncológicas (CNIO) and Eduardo Eyras, ICREA researcher, both from the Department of Experimental and Health Sciences at the Universitat Pompeu Fabra (UPF), together with Mar Iglesias and Francesc Alameda from the Pathology Service at Hospital del Mar.

Discovery of a new reprogramming mechanism for tumor cells 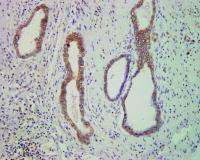 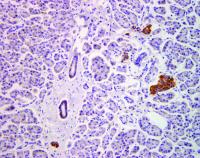