Two broad questions in cancer research are: How can cancer treatments be improved, and what is the link between cancer and aging?

"We know that the protective T-cell response deteriorates with age. Mitochondrial function is now thought to be one of the central regulators of the aging process. Our experiments connected the dots with what was previously shown and highlighted some surprising and important pathways," said Ogretmen, who is the SmartState Endowed Chair in Lipidomics and Drug Discovery.

However, mitochondrial dysfunction might not be completely beneficial for cancer treatment. "We know that increased ceramide signaling is linked with aging, but it is important that we understand if this is also occurring in immune cells. Immunotherapy is becoming an increasingly important part of cancer treatment, so we must better understand the immune system in older people," he said.

Aging stress produces the bioactive sphingolipid called ceramide. This lipid promotes mitochondrial dysfunction by a biological mechanism called mitophagy, where the broken mitochondria are selectively destroyed to kill cancer cells. However, scientists do not know if T-cells use this same pathway or if their immune functions are changed by ceramide signaling.

The results, which were surprising, showed ceramide signaling weakens anti-tumor T-cells. The data showed that:

"What this tells us is that ceramides need to be carefully controlled in a cancer setting," said Ogretmen. This is particularly important because there are several FDA-approved drugs, such as FTY720 for multiple sclerosis, that increase ceramide signaling. Systemic increase of ceramide signaling in cancer patients may be harmful because it weakens the anti-cancer function of the patient's immune system, he said.

Using multiple molecular methods, the team observed that T-cells from old mice, which were equivalent to approximately 50- to 60-year-old humans, had more ceramide accumulation in their mitochondria, which led to dysfunction. These cells had lower anti-tumor functions in cell culture and in cancer animal models. This biological pathway was confirmed by blocking ceramide signaling. Inhibiting ceramide metabolism by genetic or pharmacological means prevented mitophagy and restored the anti-cancer function of the aging T-cells, making them perform like younger counterparts.

"Our work was aided by a really strong team of collaborators and funding support from Hollings Cancer Center. The Team Science Award allowed us to generate this data, which has developed into something larger. We just resubmitted an NIH program project grant that focuses on the role of sphingolipids in T-cells and cancer," he said.

The team will continue to piece together the biological pathways and processes to ensure that these findings are applicable to humans. The next step is to understand how aging induces ceramide stress. In general, stress can invoke dormant cancers, and this may be related to ceramide signaling.

"Understanding the mechanism of ceramides and lipid metabolism in T-cells has broad implications in aging and immune cells in general. Our work is important because it allows us to understand autoimmune diseases and infections more fully, not just cancer." There is also a potential link to lifestyle choices and stress, which may accelerate the aging process of T-cells, he said.

As the clinical health system of the Medical University of South Carolina, MUSC Health is dedicated to delivering the highest quality patient care available while training generations of competent, compassionate health care providers to serve the people of South Carolina and beyond. Comprising some 1,600 beds, more than 100 outreach sites, the MUSC College of Medicine, the physicians' practice plan and nearly 275 telehealth locations, MUSC Health owns and operates eight hospitals situated in Charleston, Chester, Florence, Lancaster and Marion counties. In 2020, for the sixth consecutive year, U.S. News & World Report named MUSC Health the No. 1 hospital in South Carolina. To learn more about clinical patient services, visit muschealth.org.

MUSC and its affiliates have collective annual budgets of $3.2 billion. The more than 17,000 MUSC team members include world-class faculty, physicians, specialty providers and scientists who deliver groundbreaking education, research, technology and patient care

MUSC Hollings Cancer Center is a National Cancer Institute-designated cancer center and the largest academic-based cancer research program in South Carolina. The cancer center comprises more than 100 faculty cancer scientists and 20 academic departments. It has an annual research funding portfolio of more than $44 million and a dedication to reducing the cancer burden in South Carolina. Hollings offers state-of-the-art diagnostic capabilities, therapies and surgical techniques within multidisciplinary clinics that include surgeons, medical oncologists, radiation therapists, radiologists, pathologists, psychologists and other specialists equipped for the full range of cancer care, including more than 200 clinical trials. For more information, visit hollingscancercenter.musc.edu. 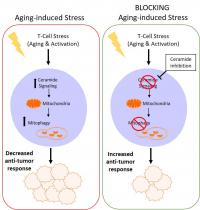