Under severe environmental stresses such as high temperature, dryness and high salination, cells survive by responding appropriately through elaborate mechanisms, according to new cell biology research from the Laboratory of Molecular Genetics at The Institute of Medical Science, the University of Tokyo. The results are expected to be useful for conferring environmental stress resistance to animals and plants to survive in severe environmental conditions caused by global warming, and also for developing methods of treating human diseases such as cancer and autoimmune diseases caused by dysregulation of the stress response machinery. Their recent research has been published in THE EMBO JOURNAL.

This research was conducted by Associate Professor Kazuo Tatebayashi at the University of Tokyo, in collaboration with Drs. Taichiro Tomida and Satomi Adachi-Akahane at Toho University, and Dr. Yuji Tokunaga of the National Institute of Advanced Industrial Science and Technology (AIST).

Lead scientist Kazuo Tatebayashi said "Organisms live while adapting to various environmental stresses. Our discovery is a breakthrough that clarified the mechanism of how cell sensors recognize danger and respond appropriately at the molecular level using budding yeast (*1). "

When cells are exposed to high osmolarity

Sensors that respond to high osmolarity were previously known to be located on the outer cell membrane among life scientists specializing in cells. However, the research group found that a cytoplasmic sensor for high osmotic pressure exists in the Hog1 MAP kinase (MAPK) pathway(*2), which responds appropriately to high osmolarity and regulates osmoadaptation in budding yeast.

When cells are exposed to high osmolarity, the functionally redundant Sho1 and Sln1 osmosensors, respectively, activate the Ste11-Pbs2-Hog1 MAPK cascade and the Ssk2/Ssk22-Pbs2-Hog1 MAPK cascade. In a canonical MAPK cascade, a MAPK kinase kinase (MAP3K) activates a MAPK kinase (MAP2K) by phosphorylating two conserved Ser/Thr residues in the activation loop. The Research Group discover that the MAP3K Ste11 phosphorylates only one activating phosphorylation site (Thr-518) in Pbs2, whereas the MAP3Ks Ssk2/Ssk22 can phosphorylate both Ser-514 and Thr-518 under optimal osmostress conditions. Mono-phosphorylated Pbs2 cannot phosphorylate Hog1 unless the reaction between Pbs2 and Hog1 is enhanced by osmostress. The lack of the osmotic enhancement of the Pbs2-Hog1 reaction suppresses Hog1 activation by basal MAP3K activities and prevents pheromone-to-Hog1 crosstalk in the absence of osmostress. Please see: https://www.embopress.org/doi/10.15252/embj.2019103444)

Water moving into and out of cells affects flower freshness

Under low and high environmental osmolarity conditions, water moves into or out of cells, respectively. "For example, when we put a drooping flower in water, it will regain freshness.

When in high osmolarity, the cell activates a sensor that says, "You are now in danger.". There are various types of sensors that detect different environmental stresses to transmit such information in cells. Each type of sensor plays a different role in transmission, and controls environmental stress responses in conjunction with each other.

"Usually, the sensor that responds to the high osmotic pressure is in the cell membrane, which triggers a chain reaction of enzymes (called kinases) that phosphorylate another protein in the cell. When the first kinase phosphorylates the second kinase, the second kinase is activated, and then the second kinase phosphorylates the third kinase sequentially, so that the information is propagated and amplified. Our new finding shows that the phosphorylation of the third kinase is directly boosted by osmotic pressure, ensuring a much more accurate and robust response than previously thought possible," says Tatebayashi. As described above, our environmental stress response control system works very regularly and cooperatively to help maintain our health and life.

The full picture of how these mechanisms control environmental stress response in cells has not yet been elucidated. However, this discovery will open a new research direction that may reveal the detailed mechanisms of how these various cellular sensors respond and how they work together in the future.

In addition, the newly discovered regulatory mechanism of this MAP kinase pathway will be useful in human diseases, because many are caused by excessive or deficient activities of MAP kinase pathways. Based on these findings, we can anticipate development of treatments and therapeutics for human diseases such as cancer and autoimmune diseases in the future.

Budding yeast (Saccharomyces cerevisiae) is a single-celled organism with 16 chromosomes. It is a popular model organism for basic biological research in the laboratory, because it is easy to apply various experimental approaches such as genetic analysis and biochemical analysis. Used to make bread and beer, this organism is also known as baker's / brewer's yeast.

The Institute of Medical Science, The University of Tokyo http://www.ims.u-tokyo.ac.jp/imsut/en/

Laboratory of Molecular Genetics at the University of Tokyo http://www.ims.u-tokyo.ac.jp/imsut/en/lab/moleculargenetics/

About IMSUT (The Institute of Medical Science, The University of Tokyo)

The Institute of Medical Science of the University of Tokyo (IMSUT) evolved from its origin, the Institute for Infectious Disease in 1967. The mission of IMSUT is to advance basic knowledge underlying infectious diseases, cancer and other intractable diseases and ultimately to control them. IMSUT consists of about 165 faculty members, 224 graduate students coming from various schools such as medicine, science, agriculture, pharmaceutical science, and engineering to develop more effective interdisciplinary research in basic life science and genomic medicine. 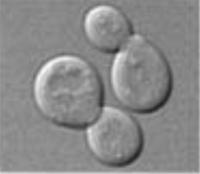